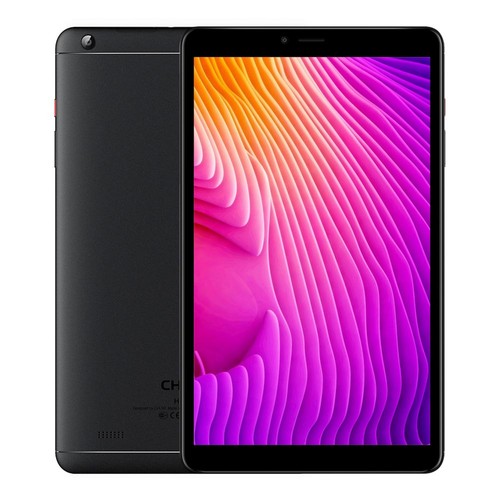 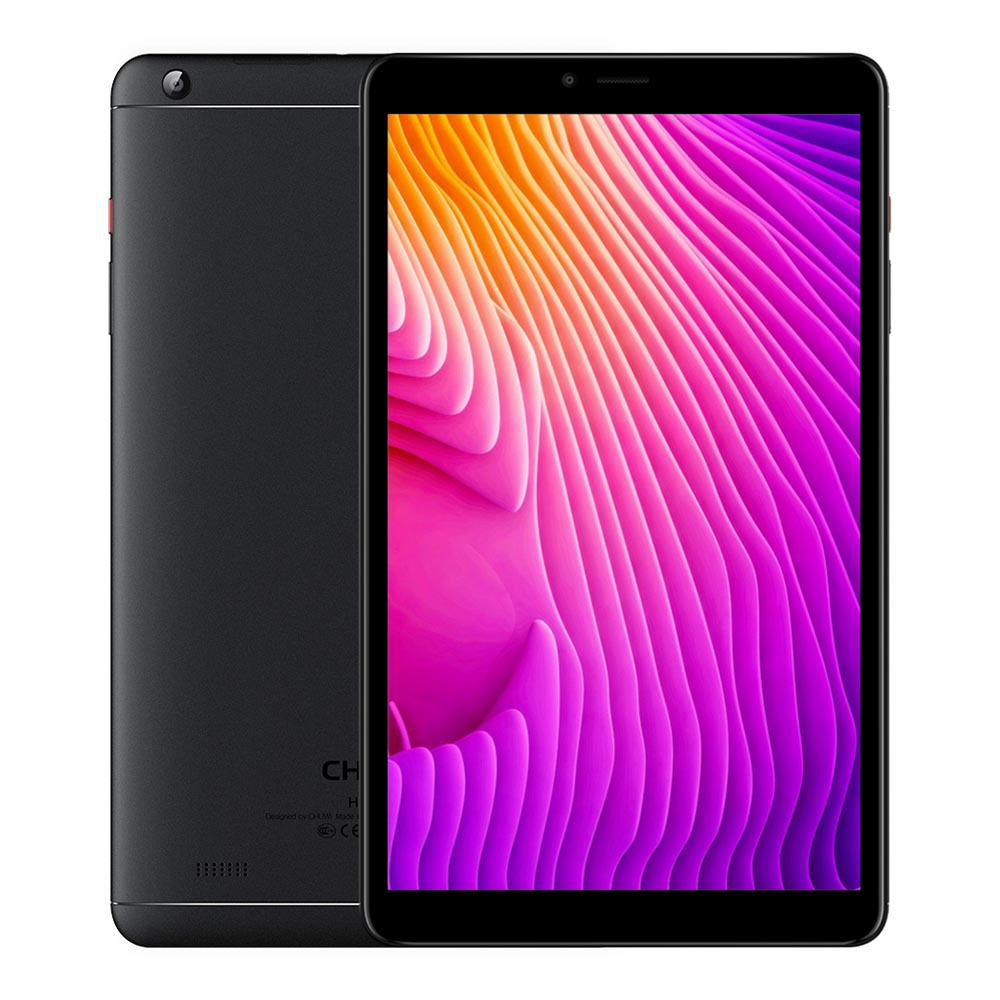 The Deca core SoC, whose two fast Cortex-A72 cores are running at up to 2.3 GHz, reducing the power consumption by 30% while the download speeds is improved up to 300Mbps.

Hi9 Pro utilizes the 2K JDI display with an aspect ratio of 16:10. The tablet delivers HDR to produce a spectacular visual experience with richer colors and contrasts.

Hi9 Pro runs Android Oreo out of the box, it loads the applications twice faster,and the battery life is increased by 30%,great compatibility and running effect.

3GB memory can help games and programs run smoothly because of fast read and write speed. 32GB is enogh for you entertainment data storage.

Hi9 Pro has built-in GPS and GLONASS, enabling accurate and instant direction guidance all over the globe. 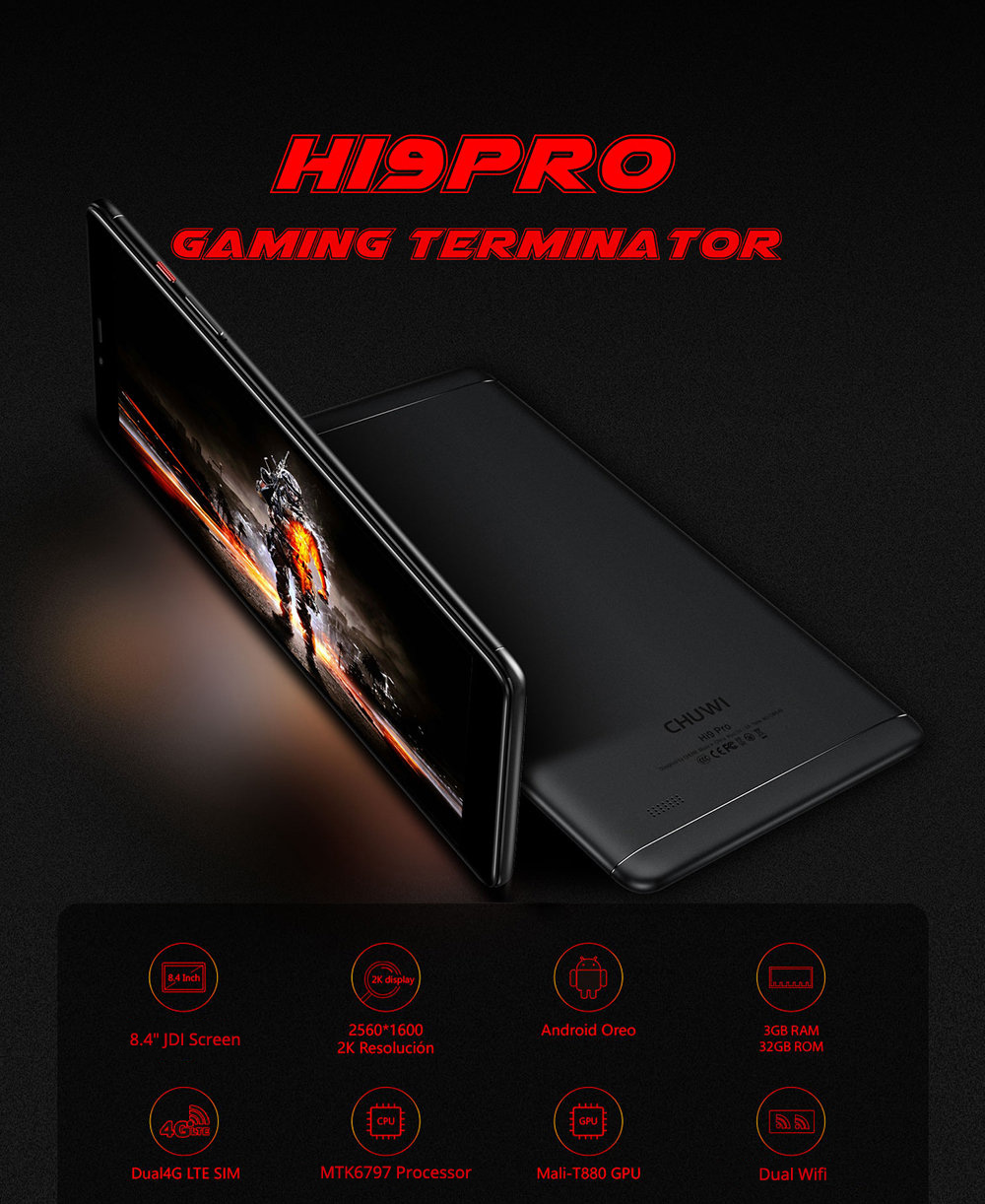 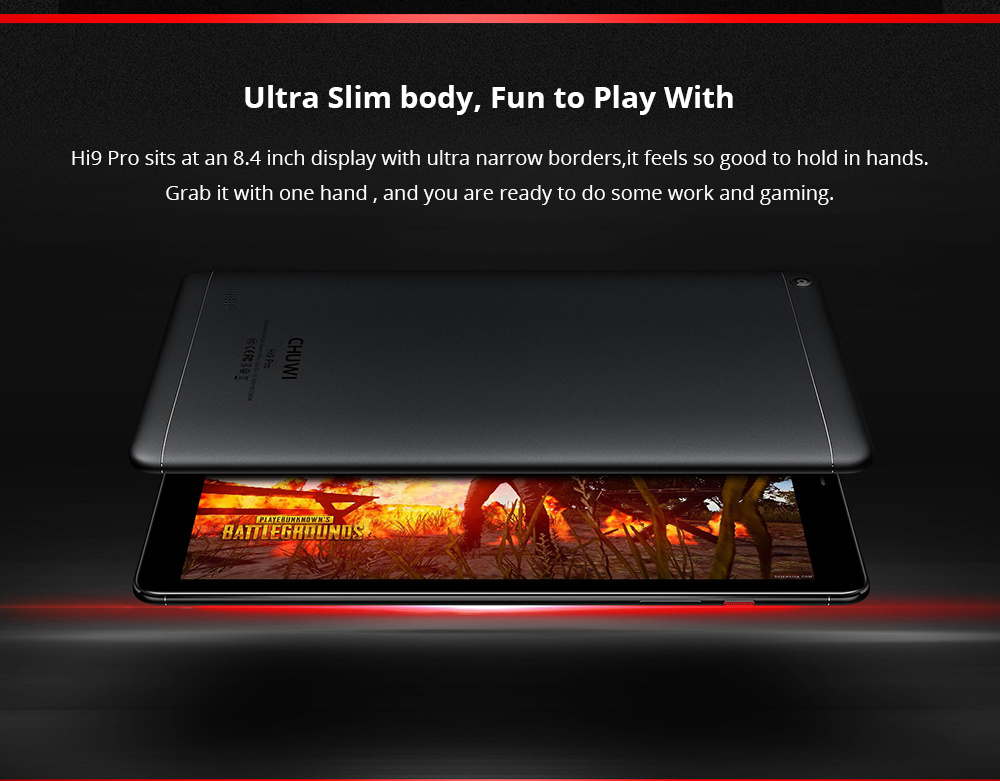 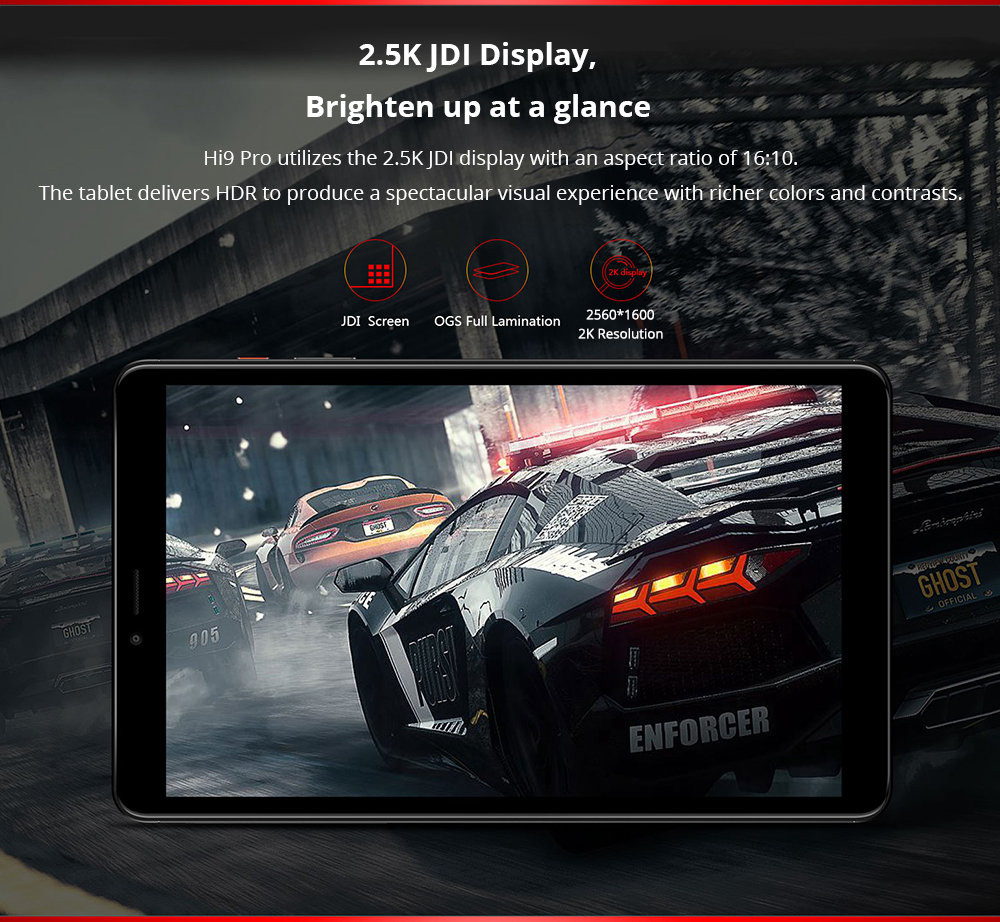 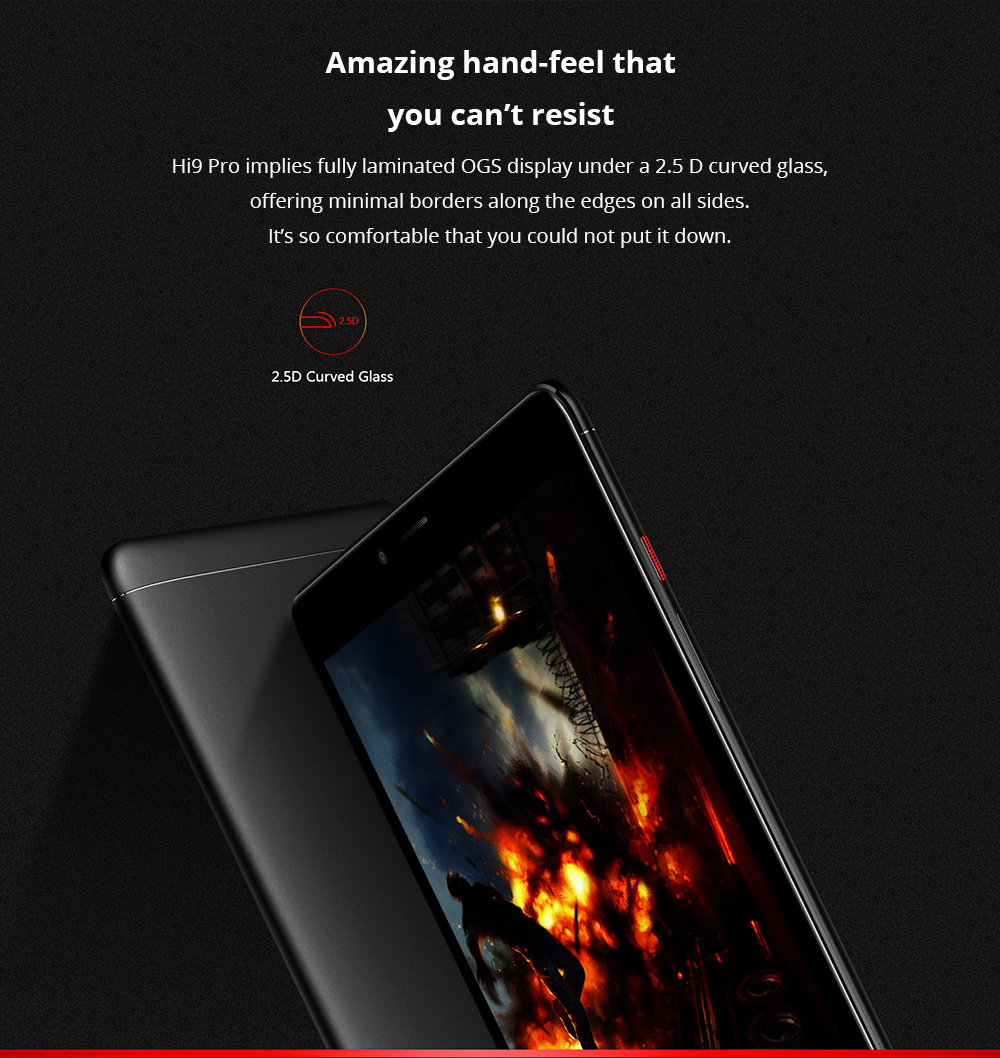 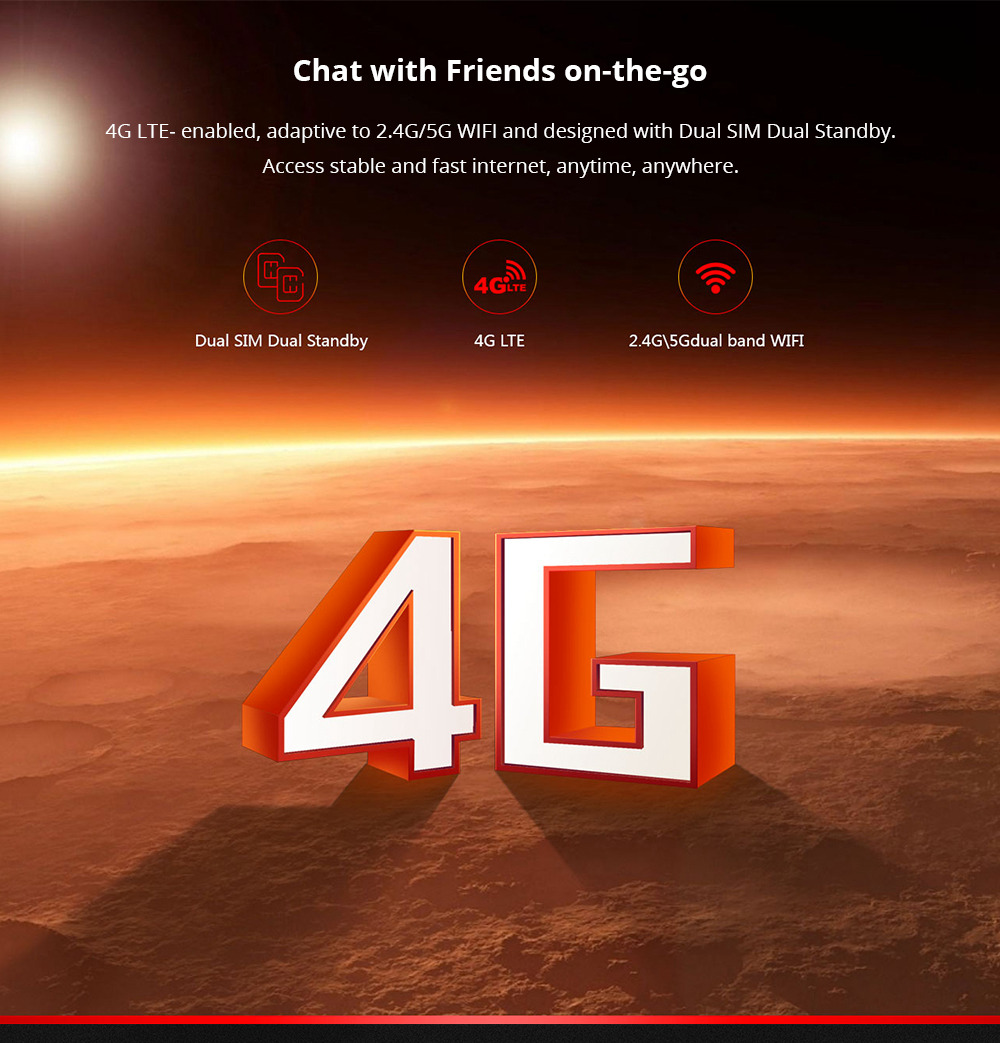 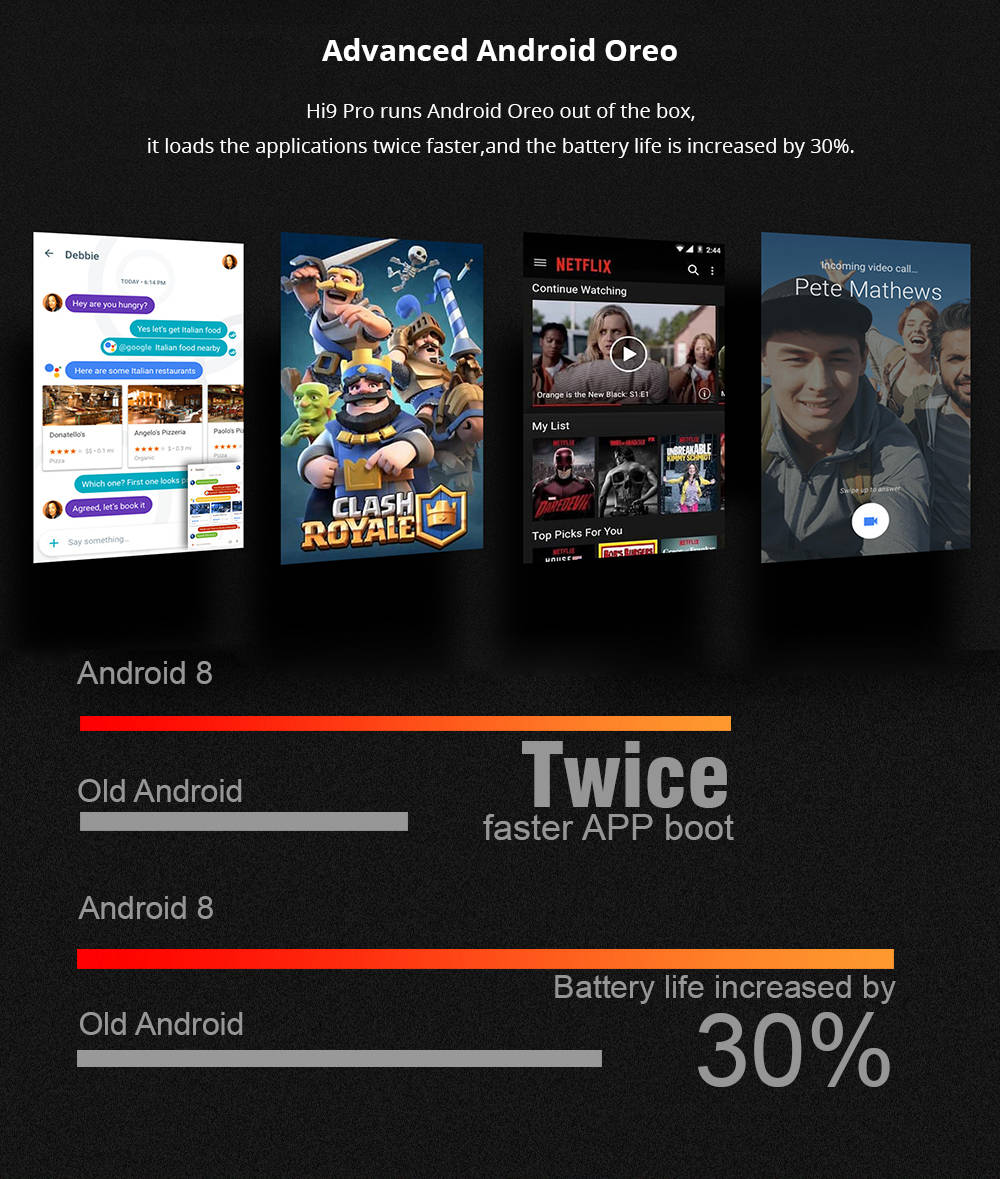 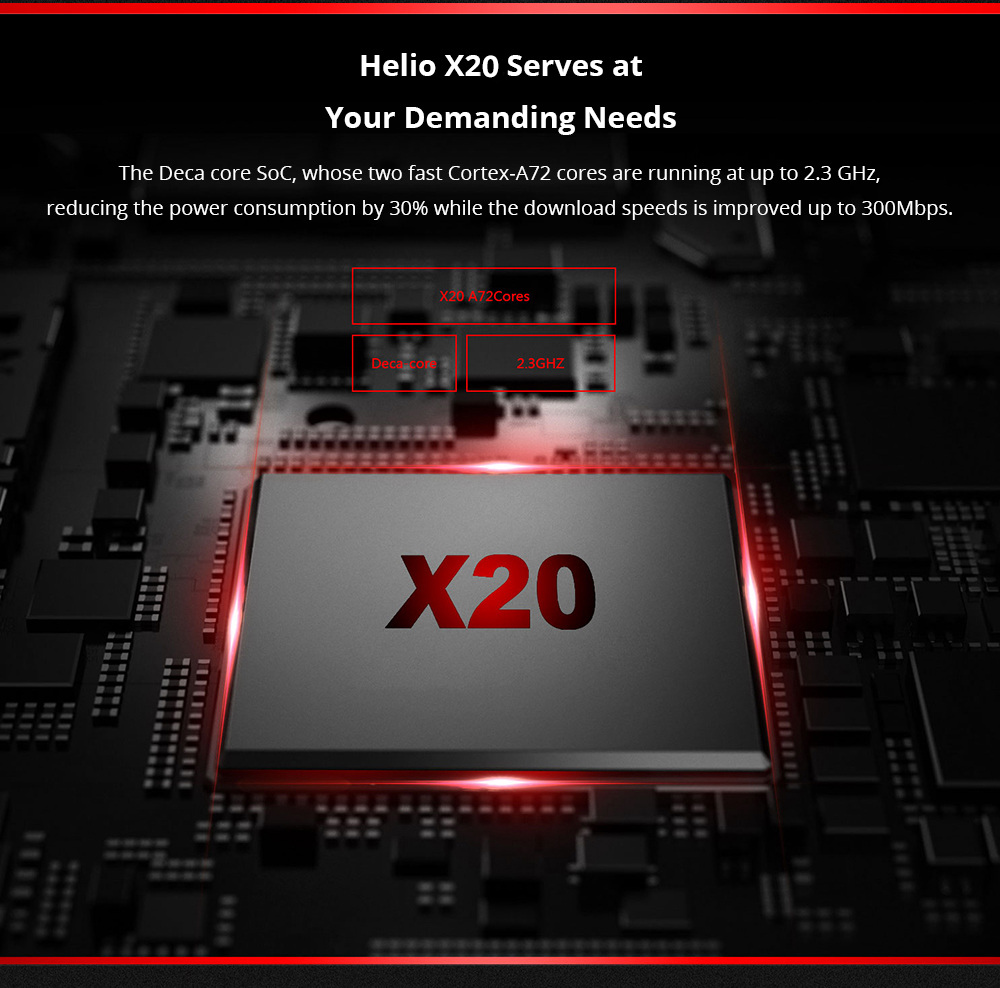 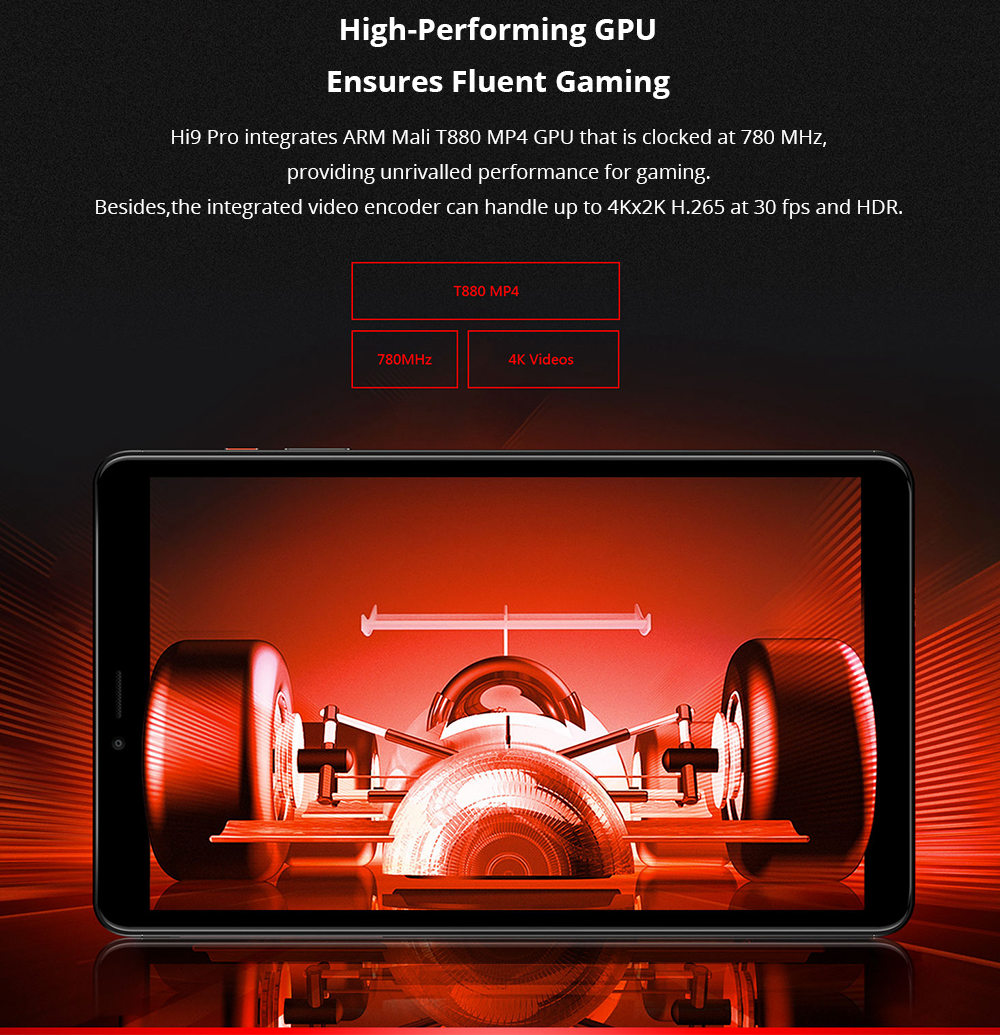 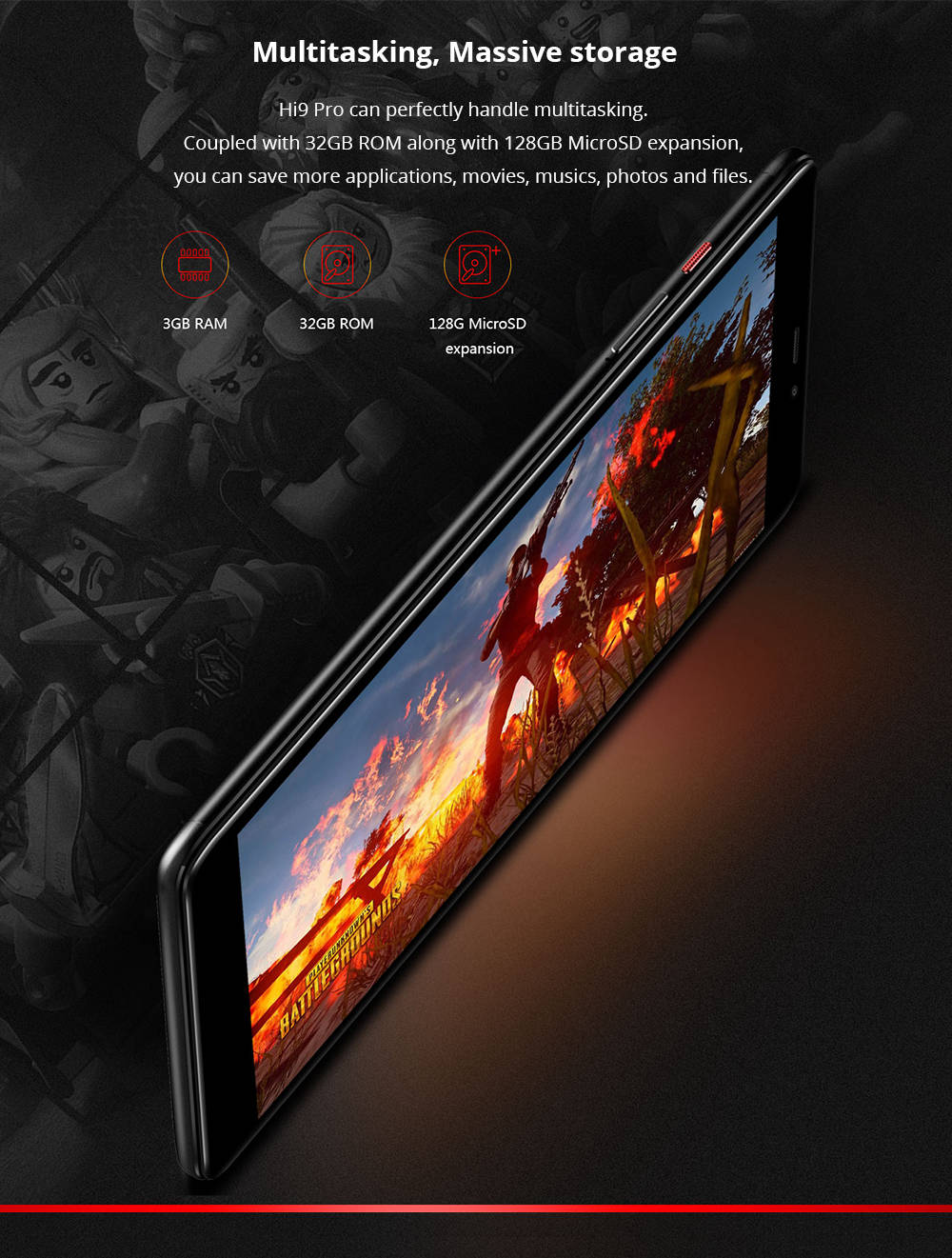 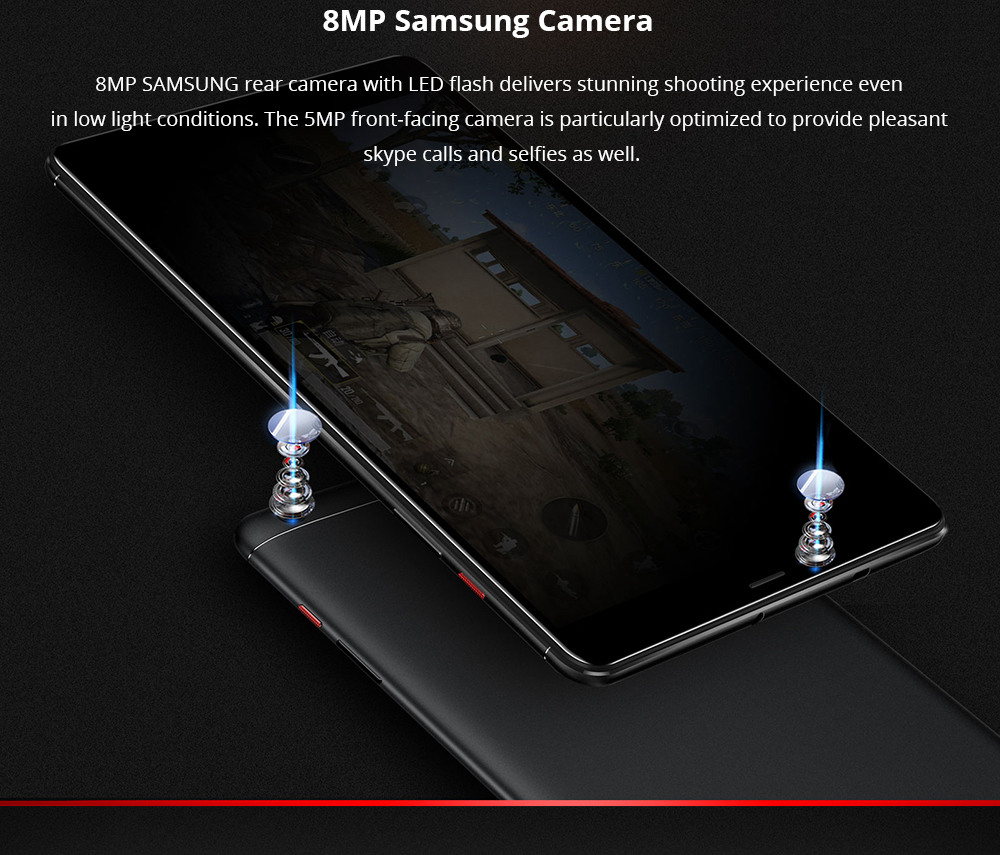 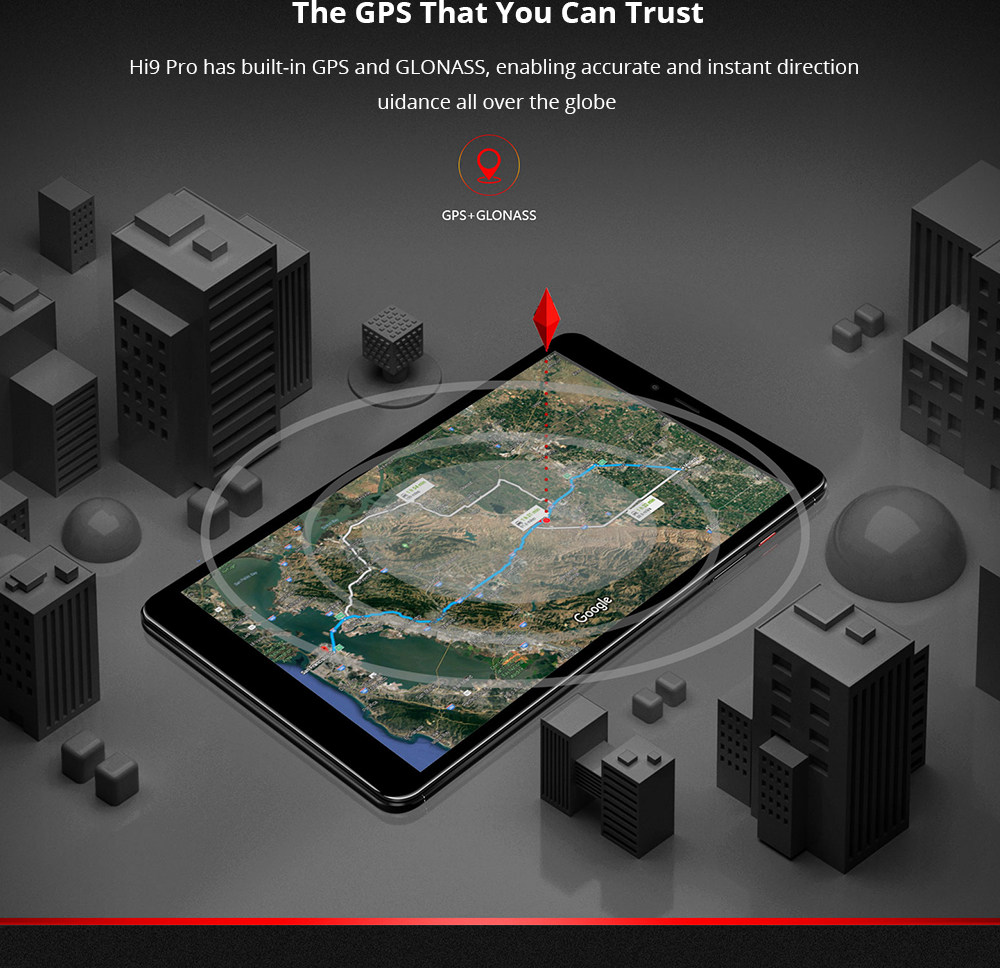 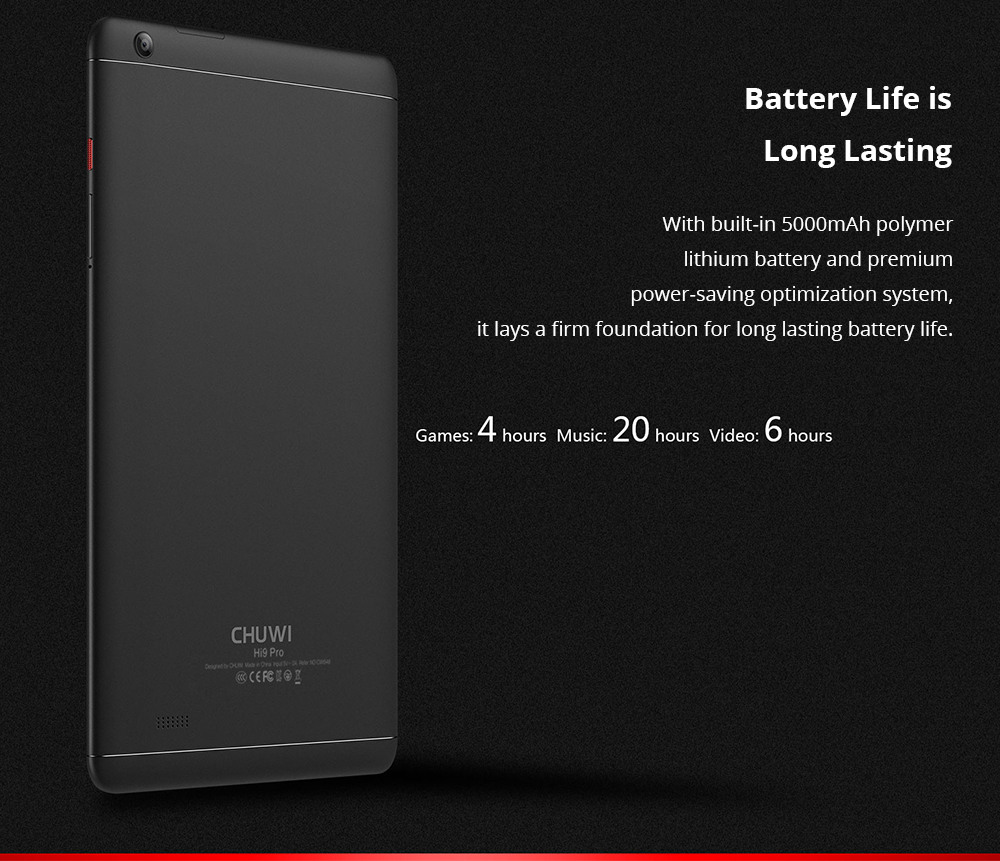