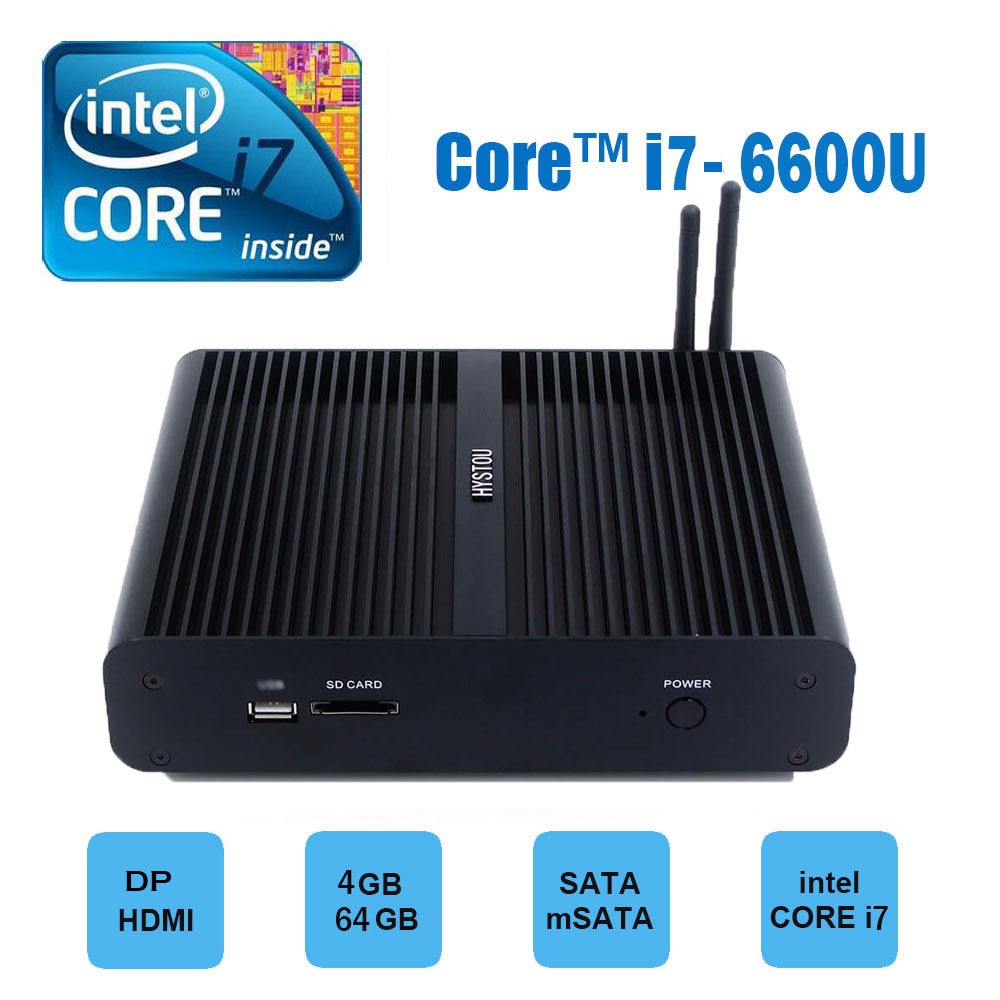 The Intel Core i7-6600U is an ULV dual-core SoC based on Skylake architecture. In September 2015, it's the fastest CPU of the 15 W series. In addition to two CPU cores with Hyper-Threading clocked at 2.6 - 3.4 GHz (2 cores: max. 3.2 GHz), the chip also integrates an HD Graphics 520 GPU and a dual-channel DDR4-2133/DDR3L-1600 memory controller. The SoC ismanufactured using a 14 nm process with FinFET transistors.