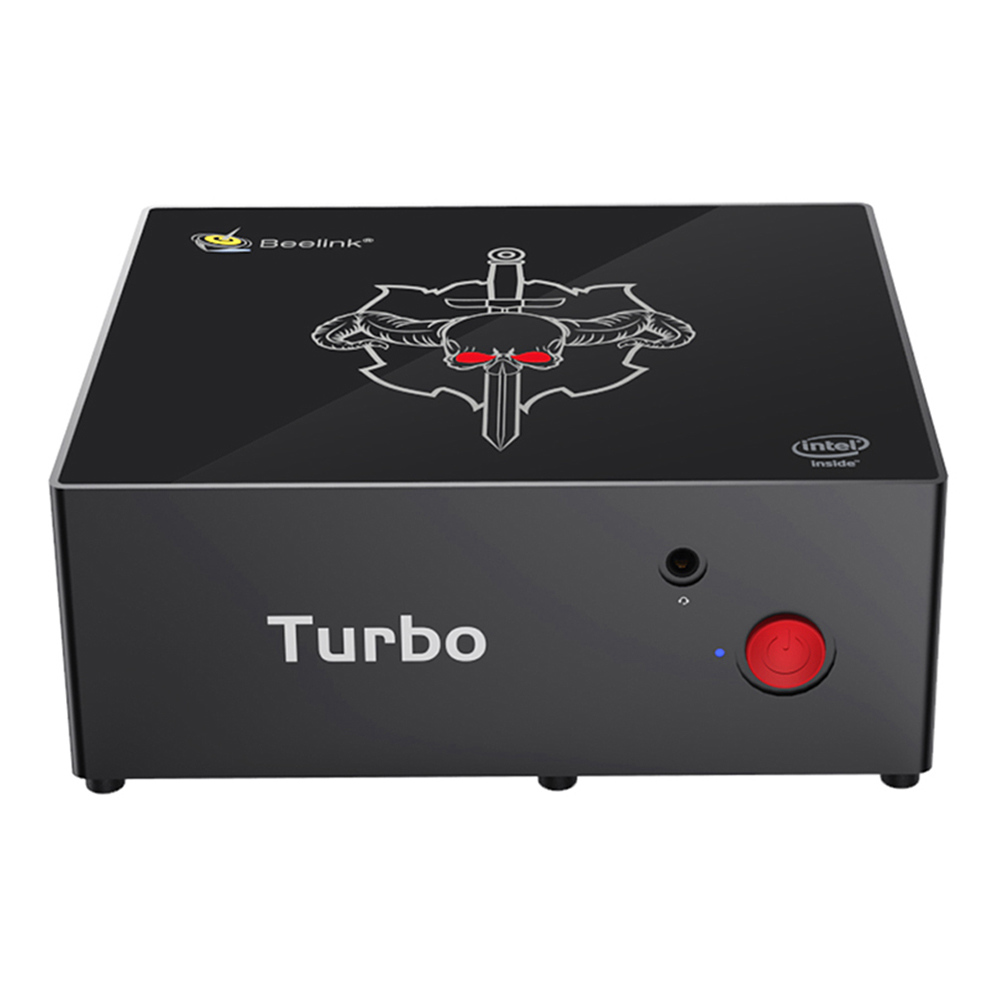 In addition to the Intel HD Graphics 630 in the CPU die, the Core i5-8305G also offers an AMD Radeon RX Vega M GL graphics card with 20 CUs and therefore double the amount of the current mobile Ryzen APUs (e.g. Ryzen 7 2700 with 10 CUs). Contrary to Skylake, Kaby Lake now supports hardware decoding for H.265/HEVC Main 10 with a 10-bit color depth as well as Google's VP9 codec.

Equipped with better performance, delivering plenty of power for multitasking and fueling casual games and movies. 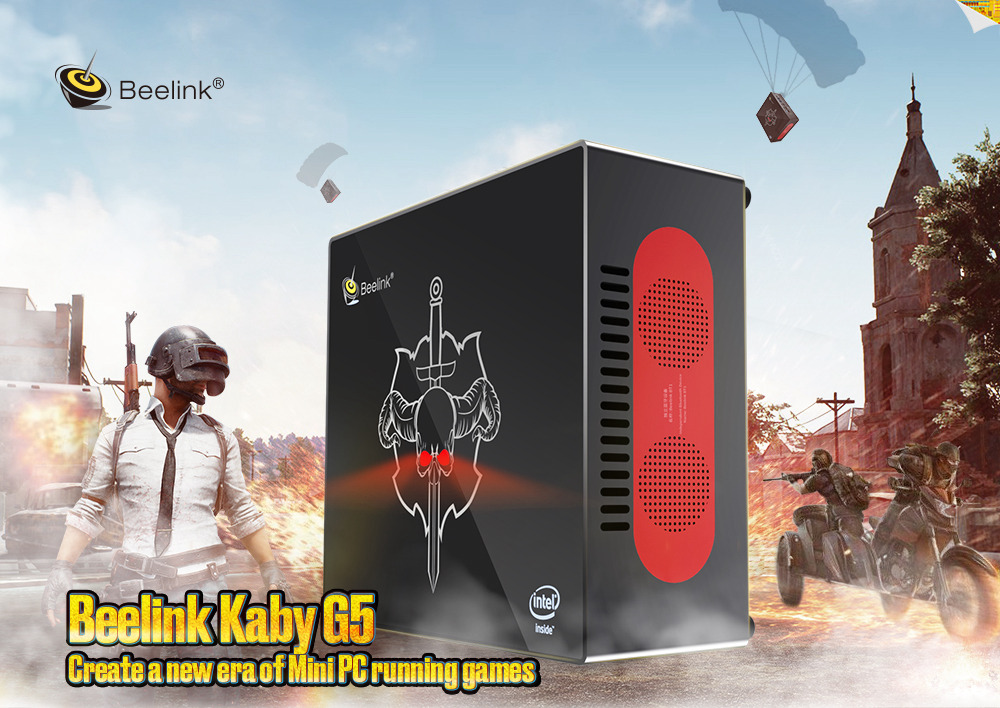 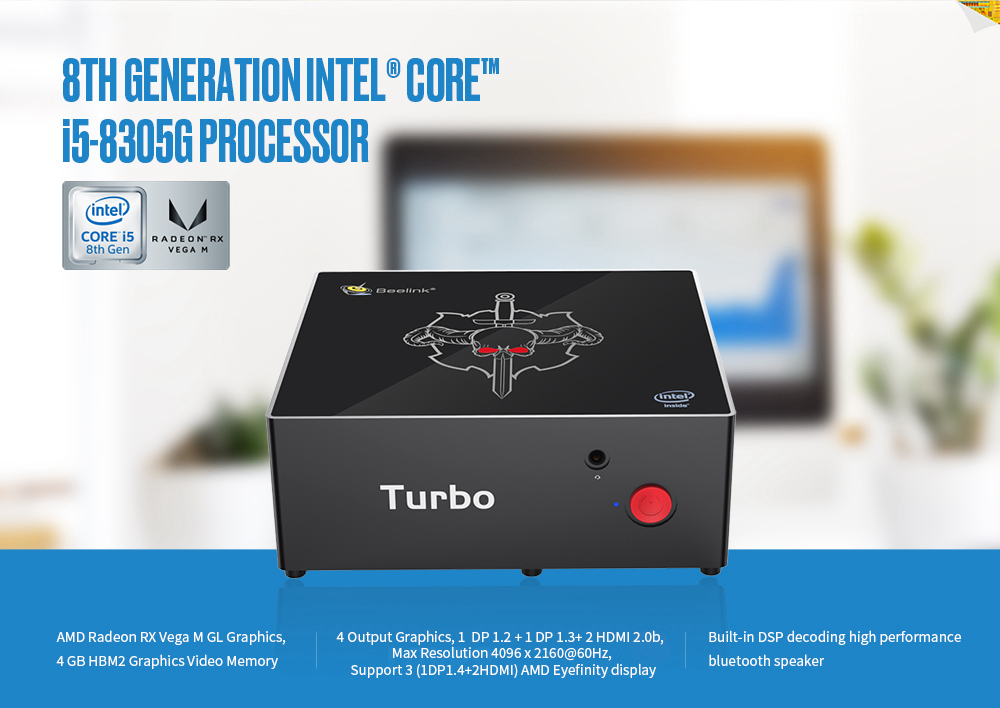 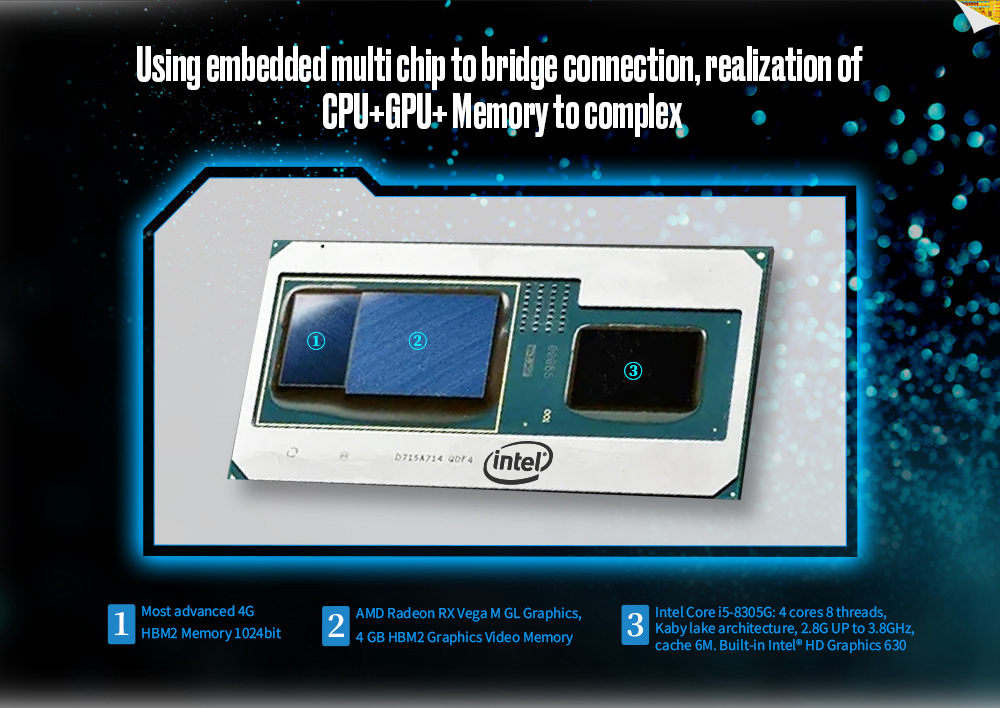 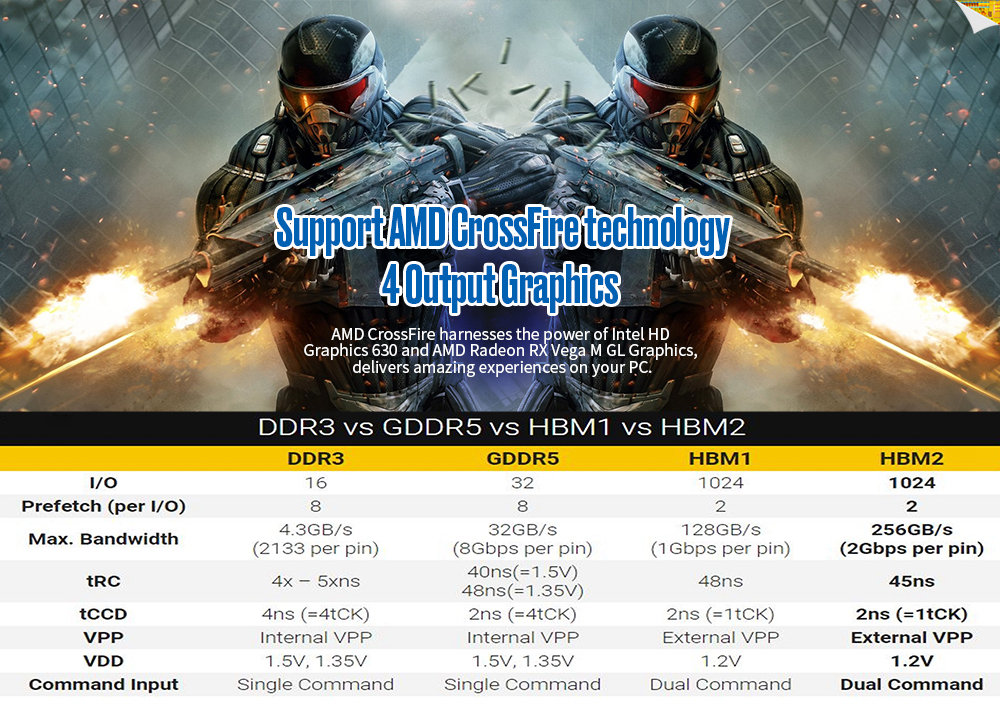 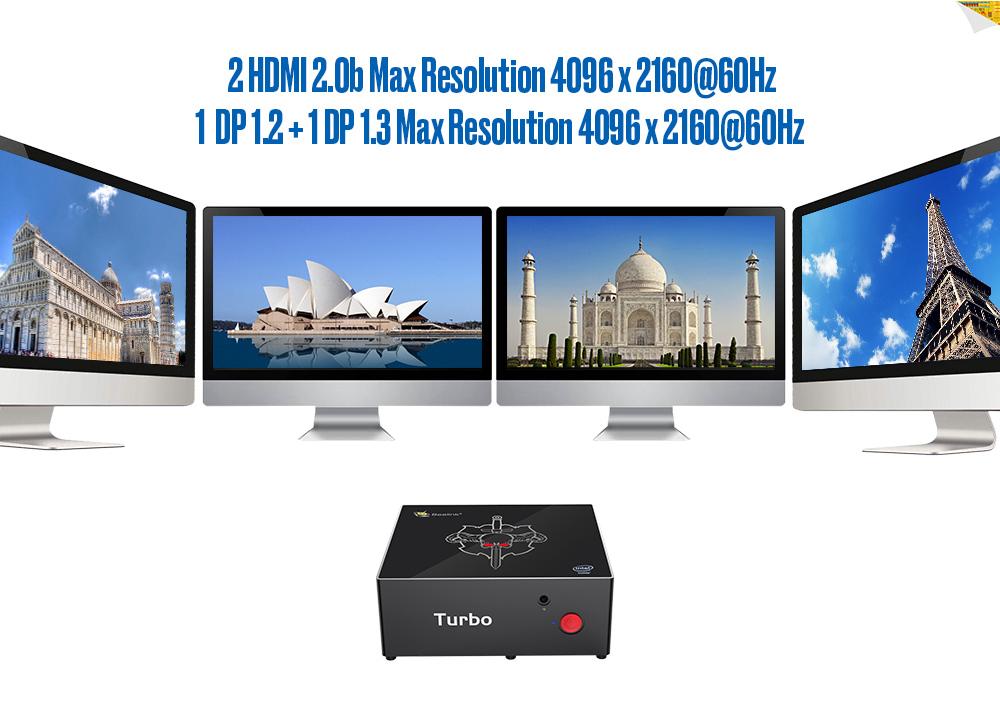 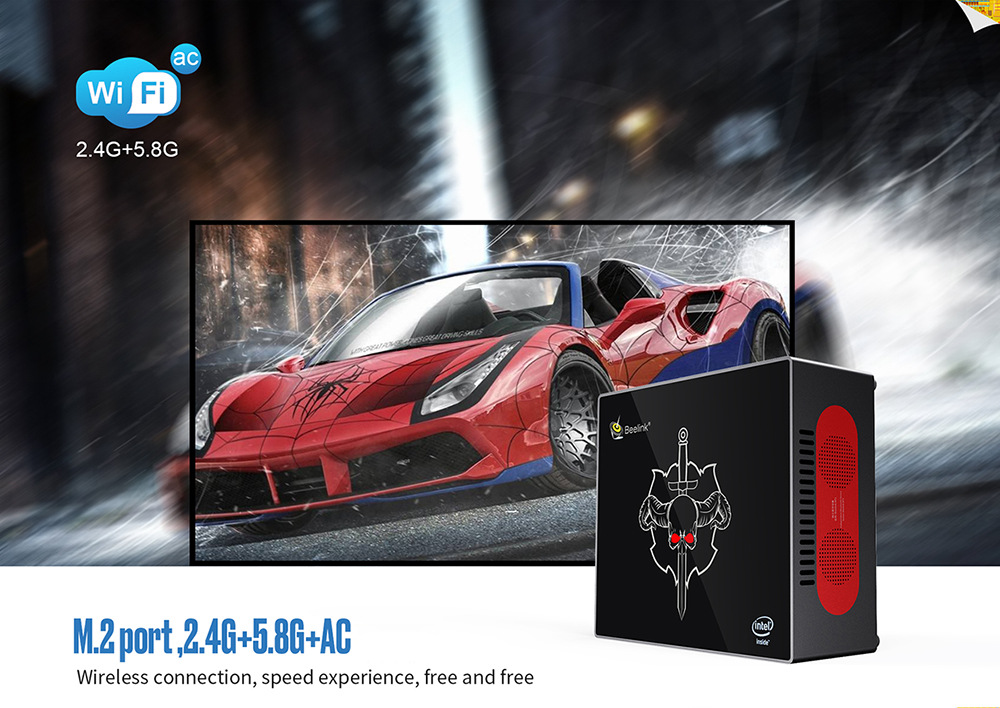 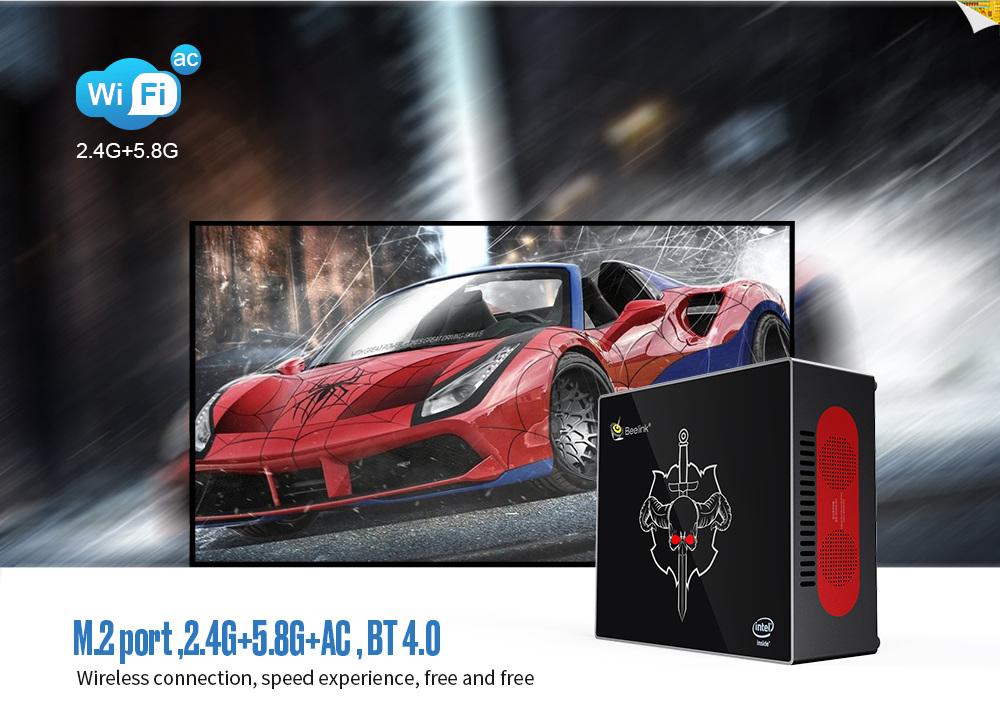 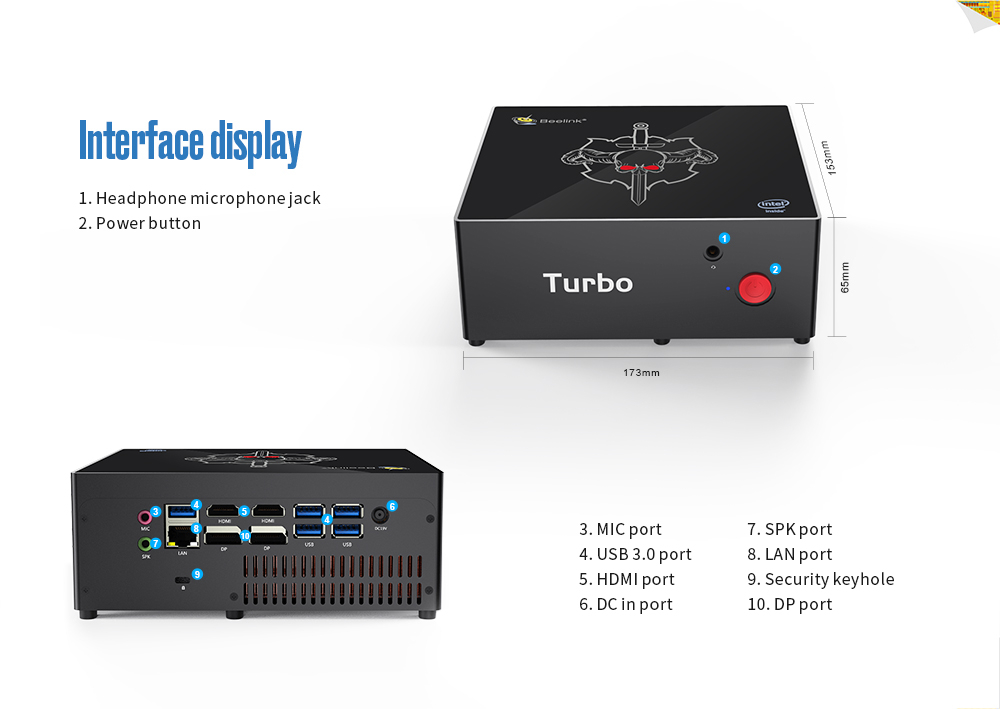 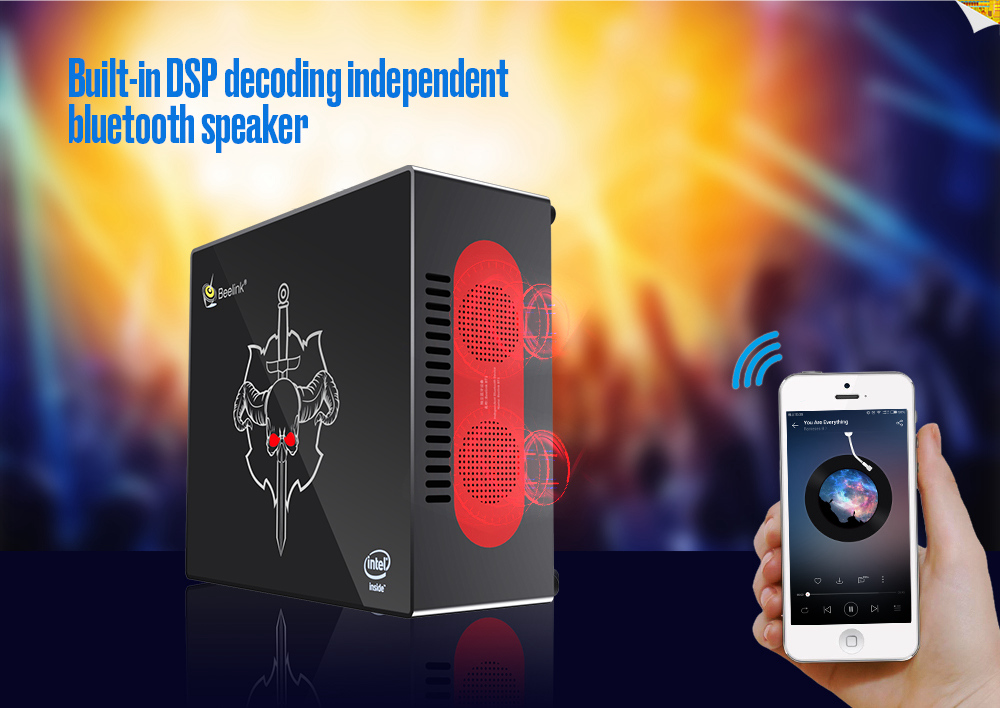 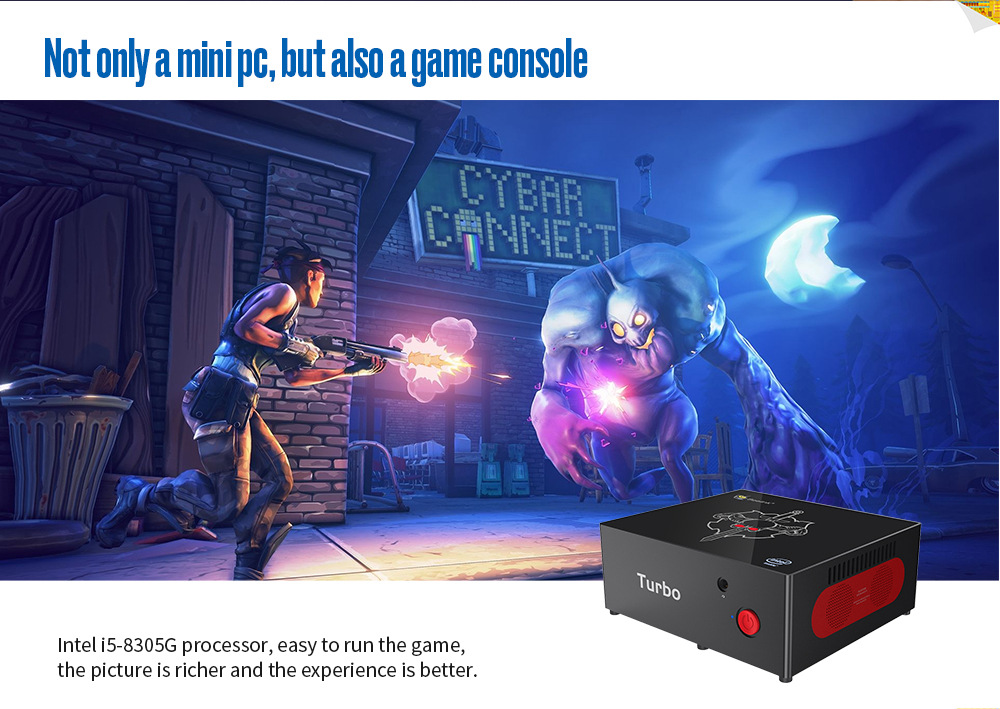