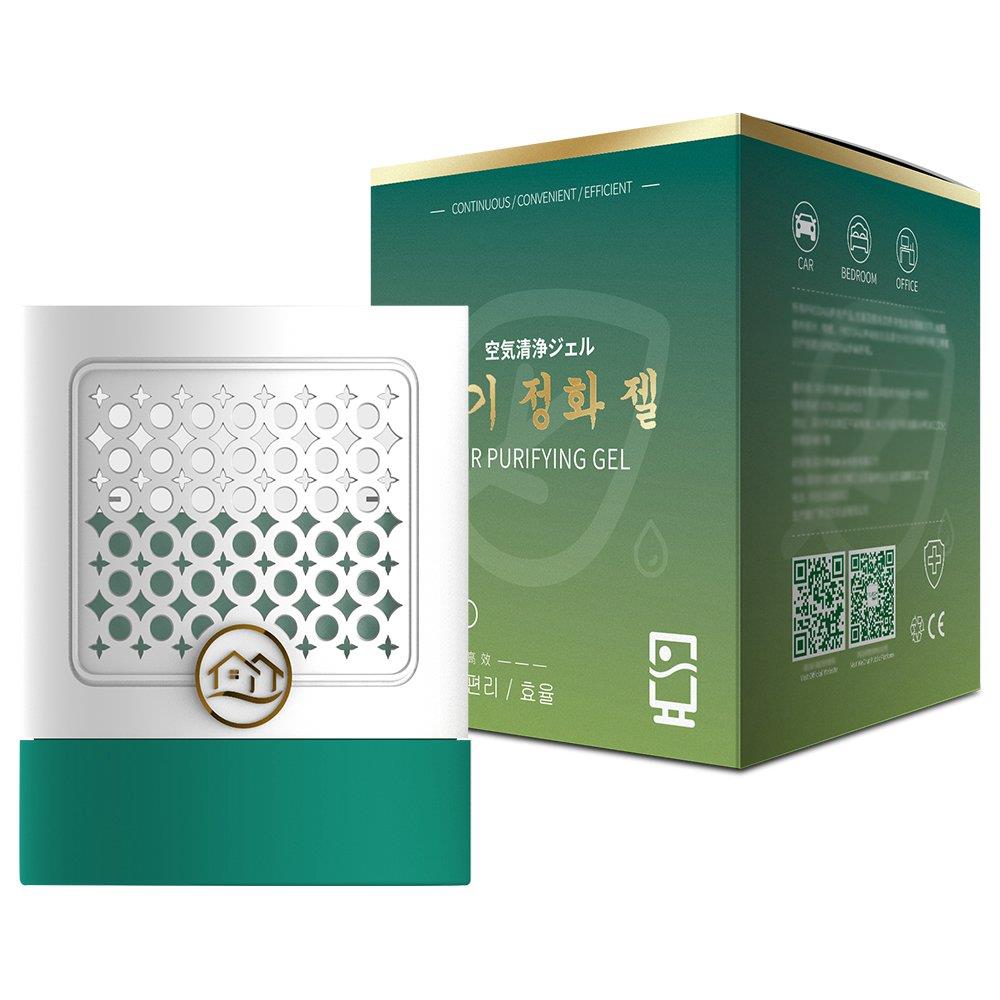 The S-RCD technology is adjusted through the gel formulation and morphology to achieve a continuous release cycle of chlorine dioxide within 1-2 months.

The active ingredient of air purification gel is chlorine dioxide. Chlorine dioxide is commonly used for the disinfection of drinking water, food, medical equipment, and the air environment. Chlorine dioxide can kill viruses, bacteria, protozoa, algae, fungi, and various spores and spore-forming bacteria. It has no carcinogenic, teratogenic and mutagenic effects during disinfection. It does not produce other toxic substances, it is considered a safe, non-toxic green disinfectant.

2. The product should not be placed near high-temperature objects such as radiators, avoid direct sunlight and away from metal objects.

3. If you accidentally contact the gel in the bottle, please rinse with water in time.

4. Please keep out of the reach of children to avoid.eating by mistake.

5. Pregnant women, infants, and children with allergies are advised to apply with caution.

1.What are chlorine dioxide and chlorite?

2.What happens to chlorine dioxide and chlorite when they enter the environment?

3.How might I be exposed to chlorine dioxide and chlorite?

4.How can chlorine dioxide and chlorite enter and leave my body?

5.How can chlorine dioxide and chlorite affect my health?

Scientists use many tests to protect the public from harmful effects of toxic chemicals and to find ways for treating persons who have been harmed.

One way to learn whether a chemical will harm people is to determine how the body absorbs, uses, and releases the chemical. For some chemicals, animal testing may be necessary. Animal testing may also help identify health effects such as cancer or birth defects. Without laboratory animals, scientists would lose a basic method for getting information needed to make wise decisions that protect public health. Scientists have the responsibility to treat research animals with care and compassion. Scientists must comply with strict animal care guidelines because laws today protect the welfare of research animals.

6.How can chlorine dioxide and chlorite affect children?

Children exposed to large amounts of chlorine dioxide or chlorite would likely be affected in the same manner as adults. Exposure to chlorine dioxide gas in young children, however, might more quickly reduce the ability of blood to carry oxygen than in adults, making breathing more difficult. If infants or babies still in their mother's womb were exposed to large amounts of chlorine dioxide, it might cause parts of their brains to develop more slowly. This has been seen in young animals, but has not actually been seen in humans.

7.How can families reduce the risk of exposure to chlorine dioxide and chlorite?

If your doctor finds that you have been exposed to substantial amounts of chlorine dioxide or chlorite, ask whether your children might also have been exposed. Your doctor might need to ask your state health department to investigate.

8.Is there a medical test to determine whether I have been exposed to chlorine dioxide and chlorite?

Although no medical tests are available to determine whether you have been exposed to chlorine dioxide or chlorite, exposure to very large amounts may result in damage to red blood cells that can be observed through routine blood tests. 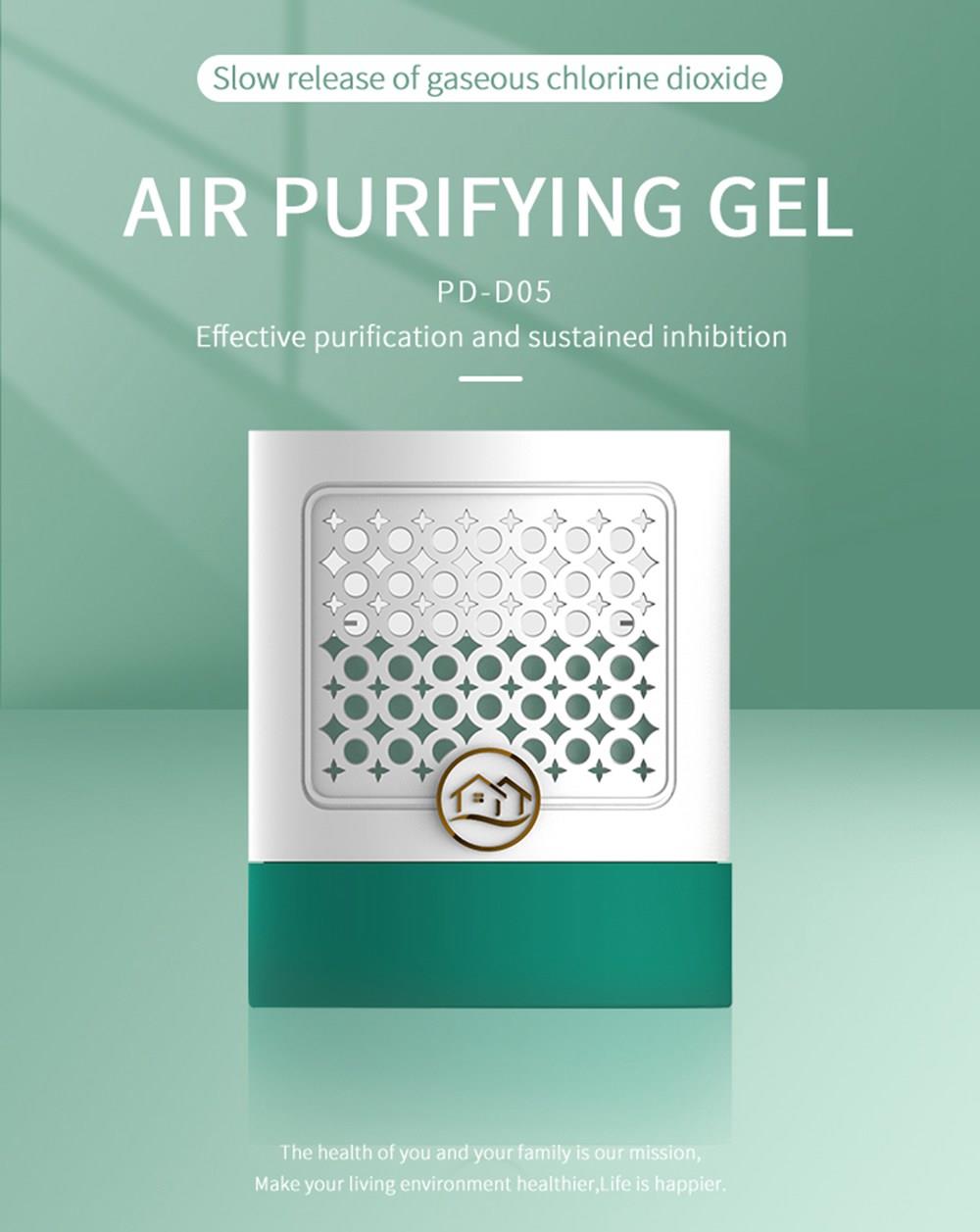 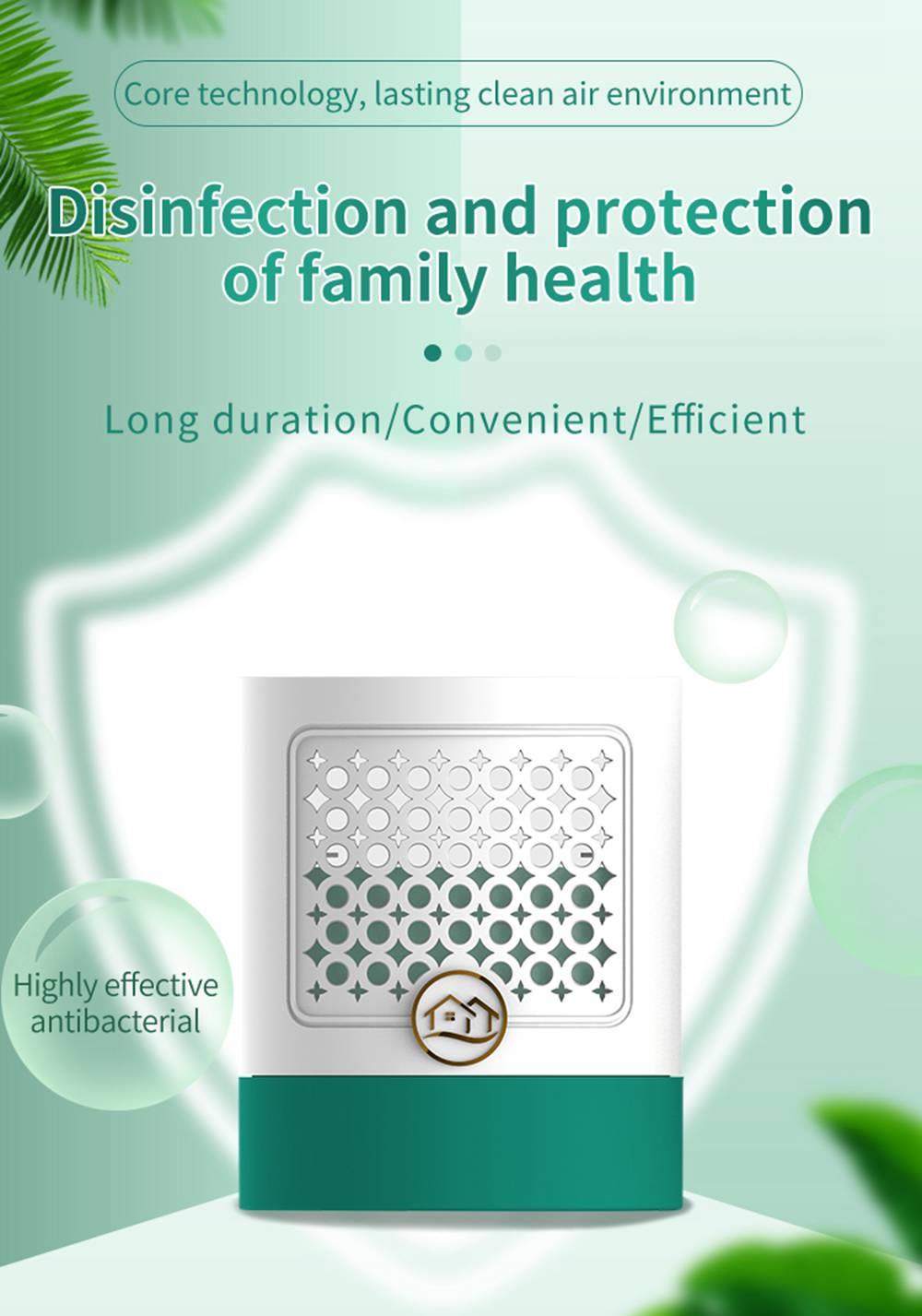 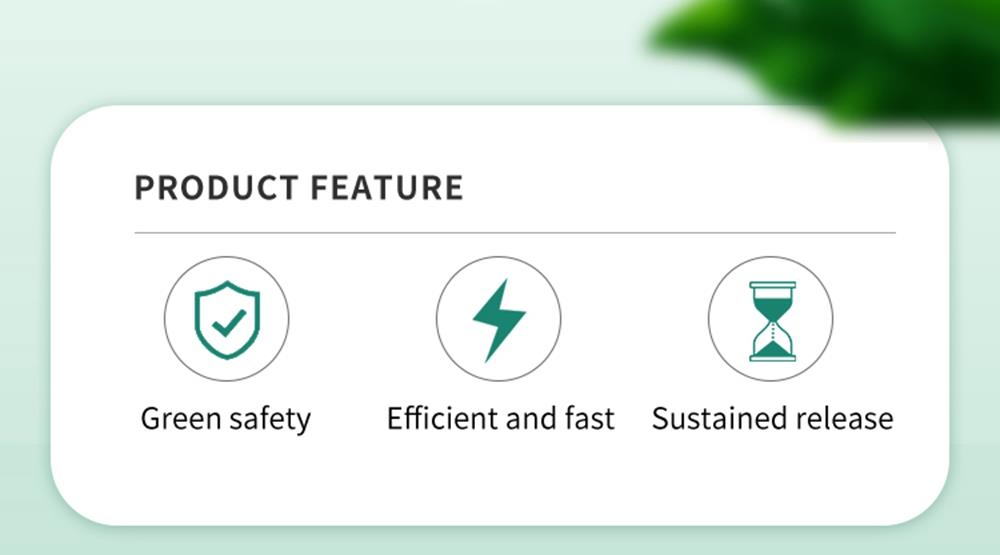 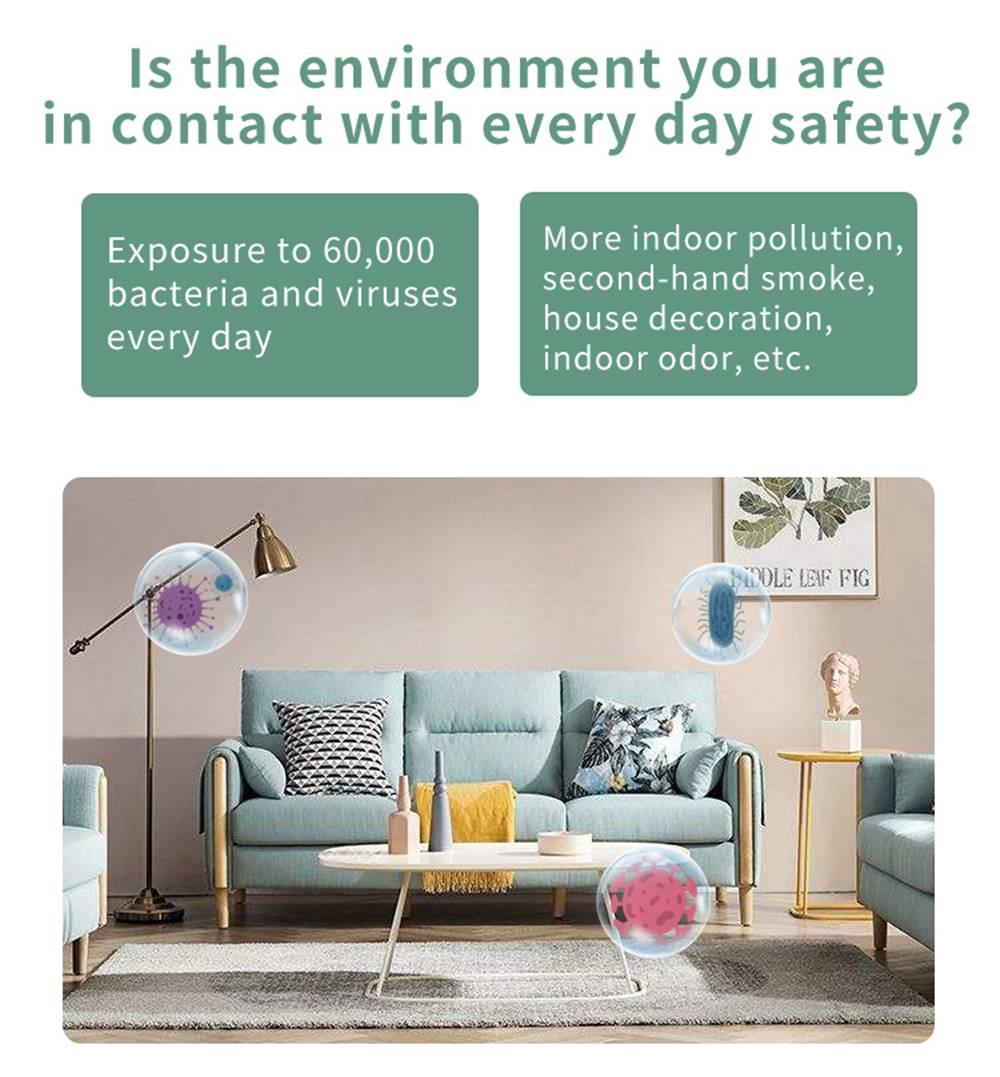 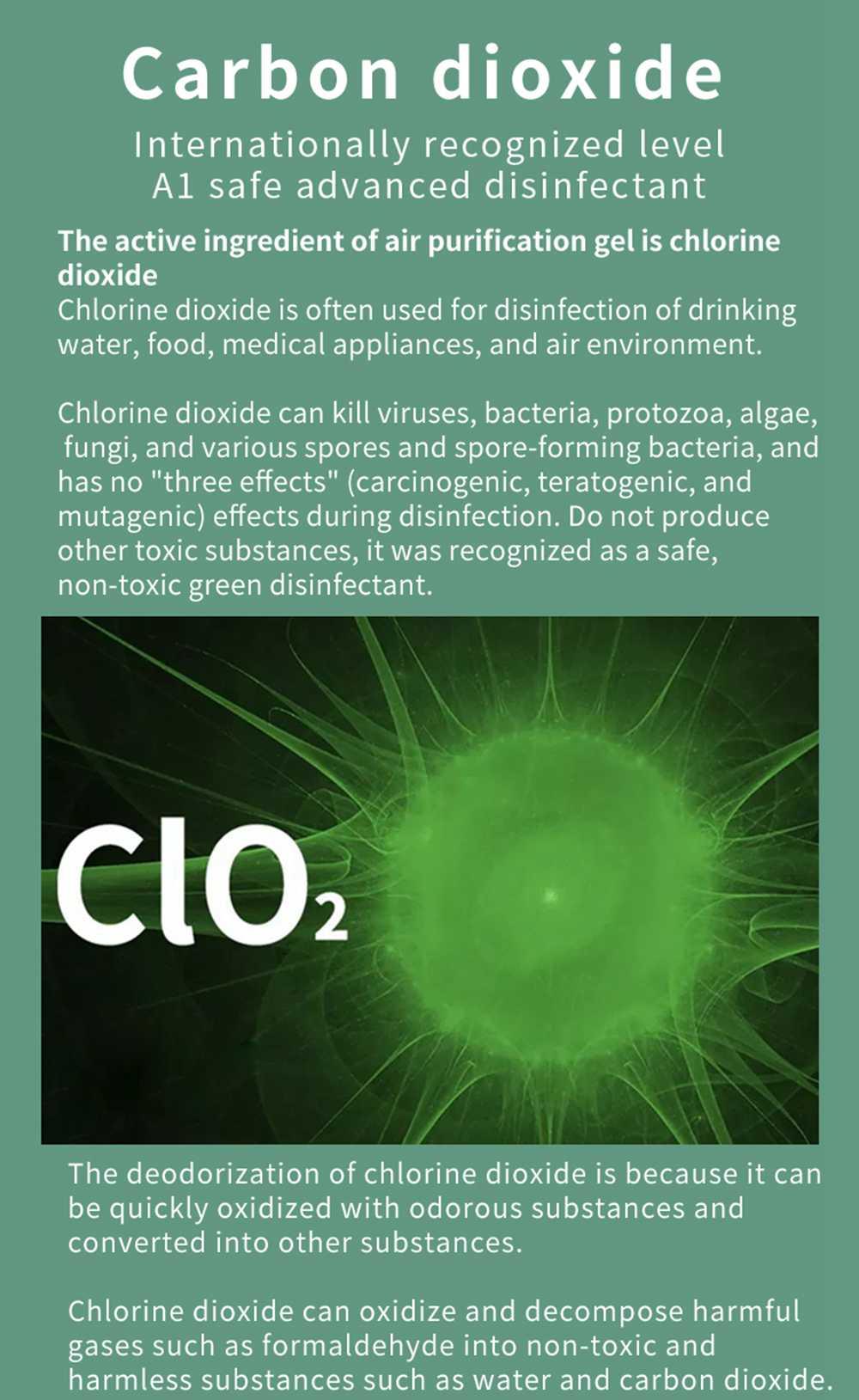 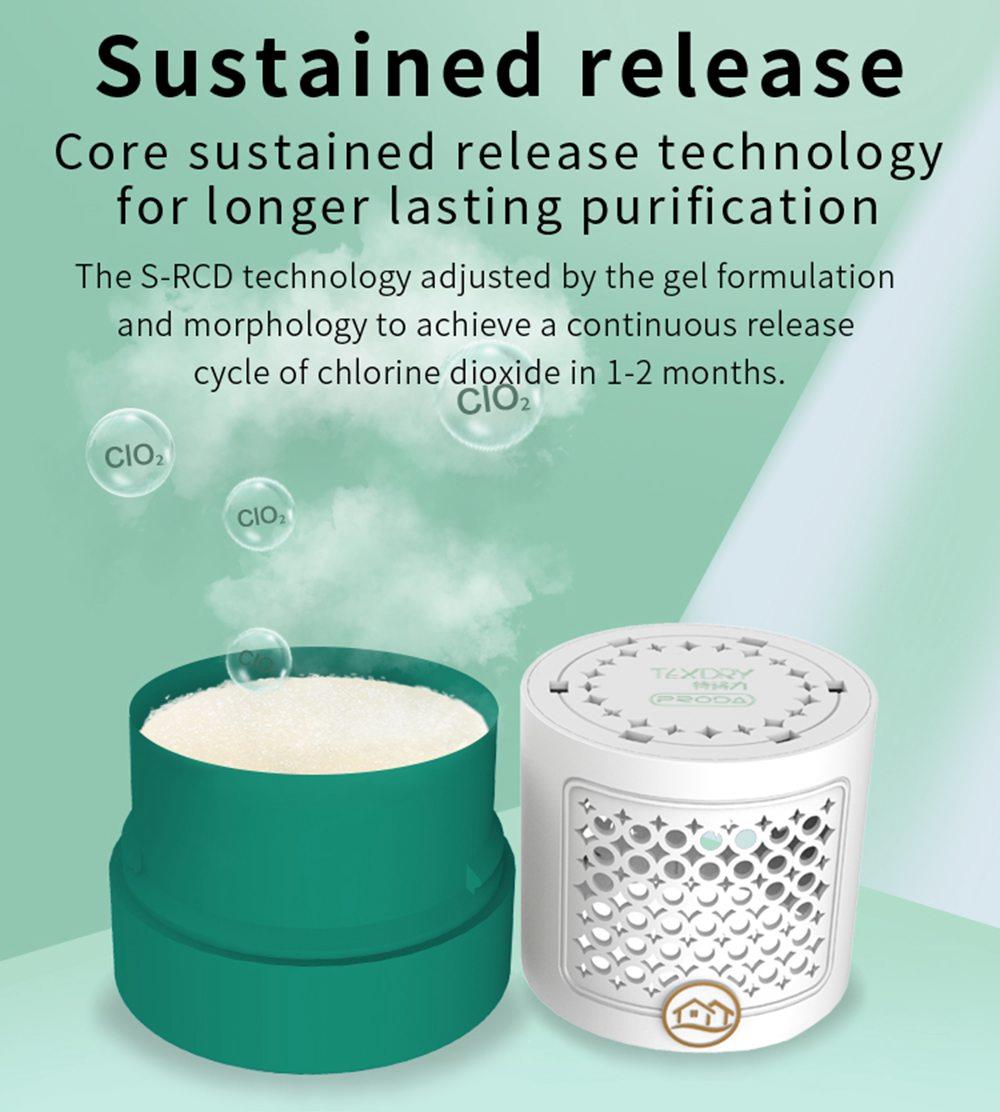 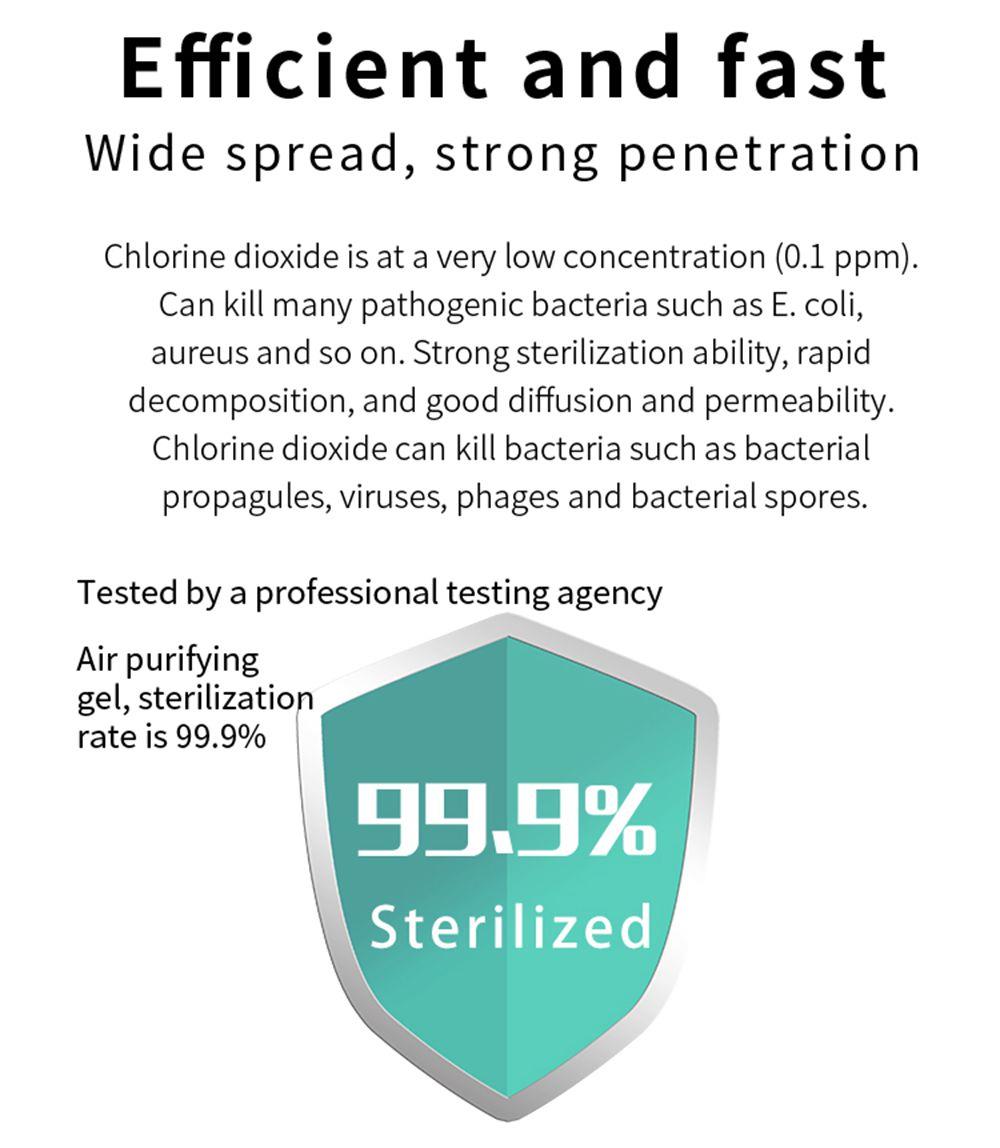 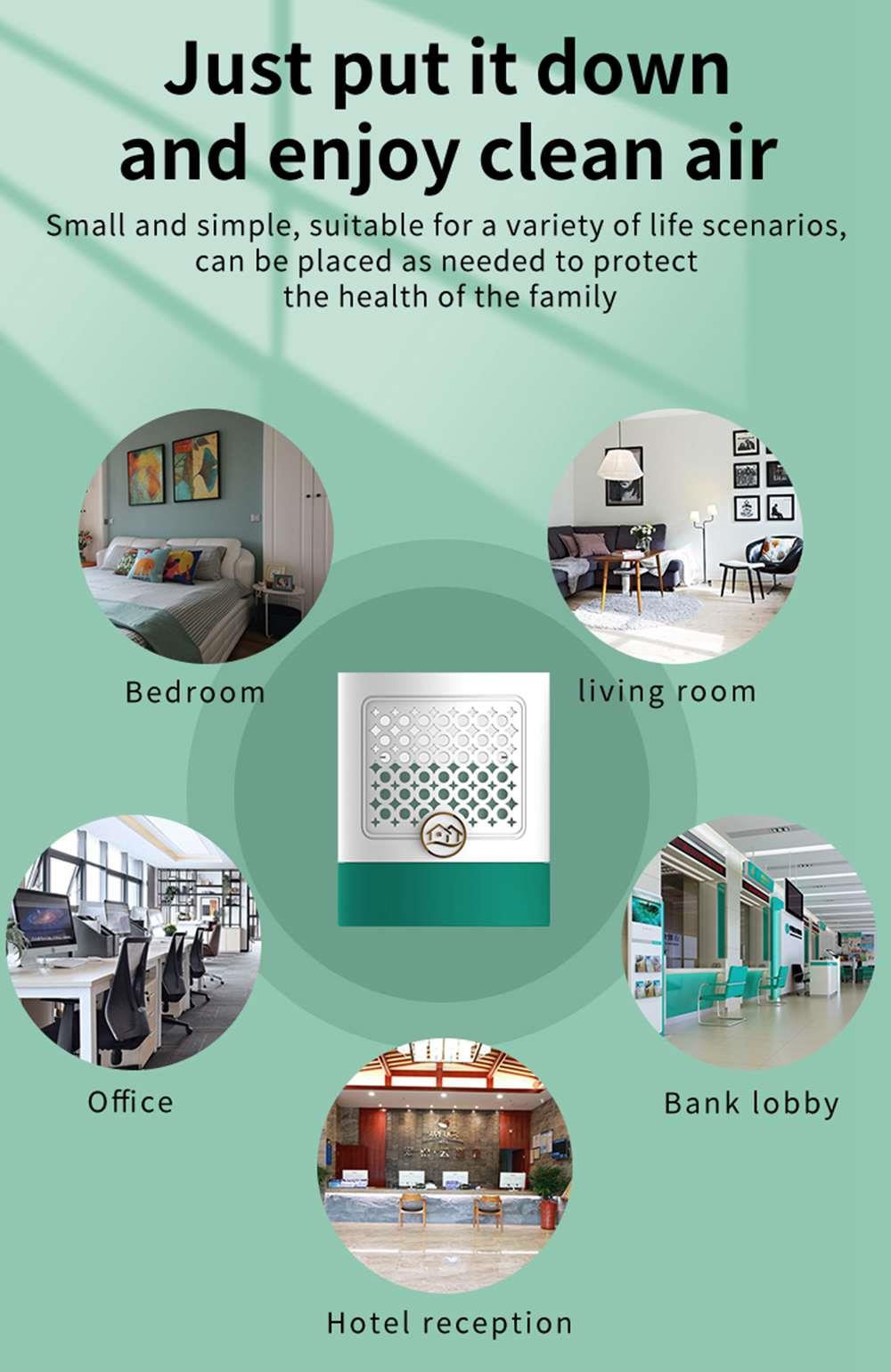 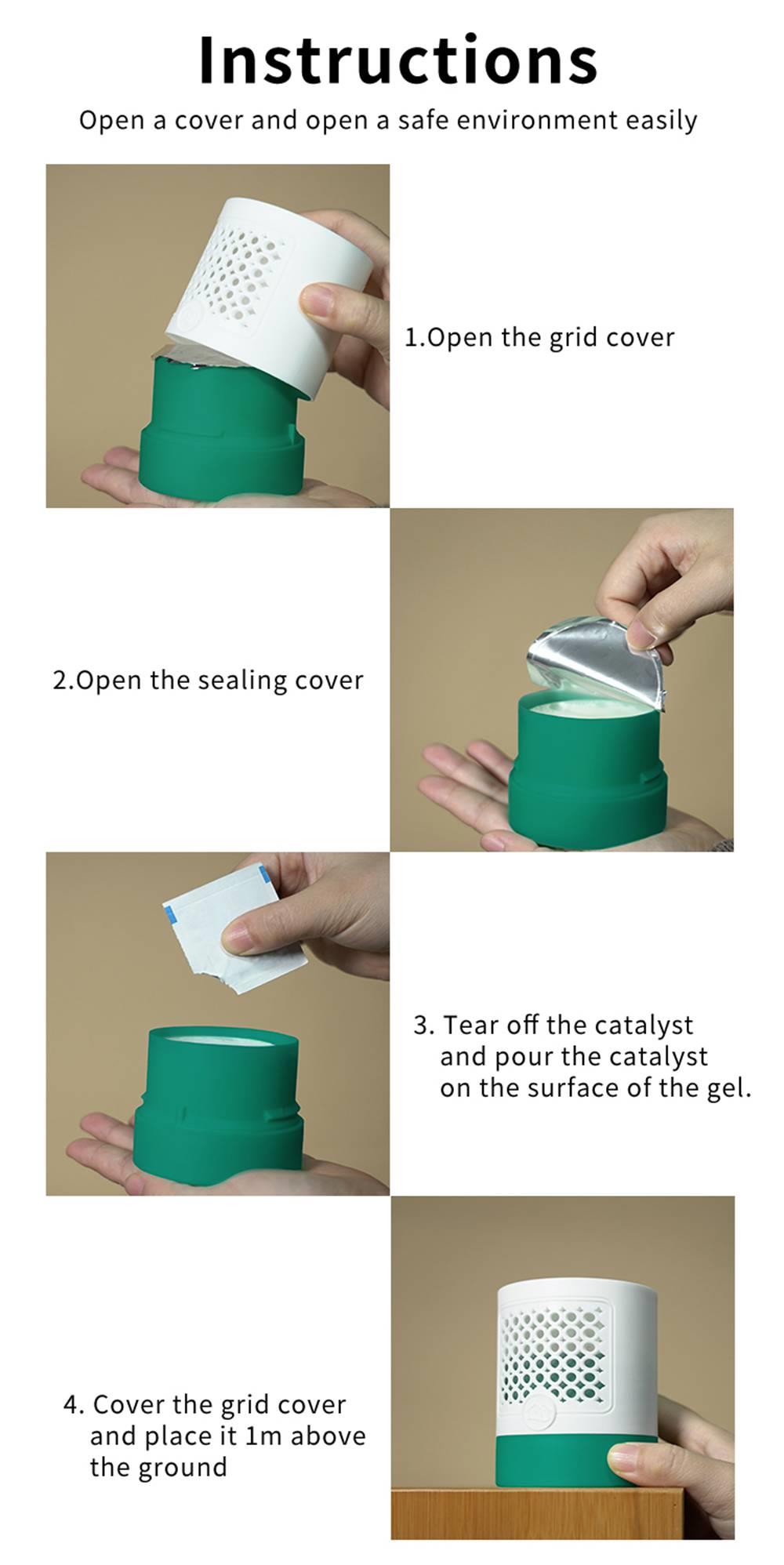 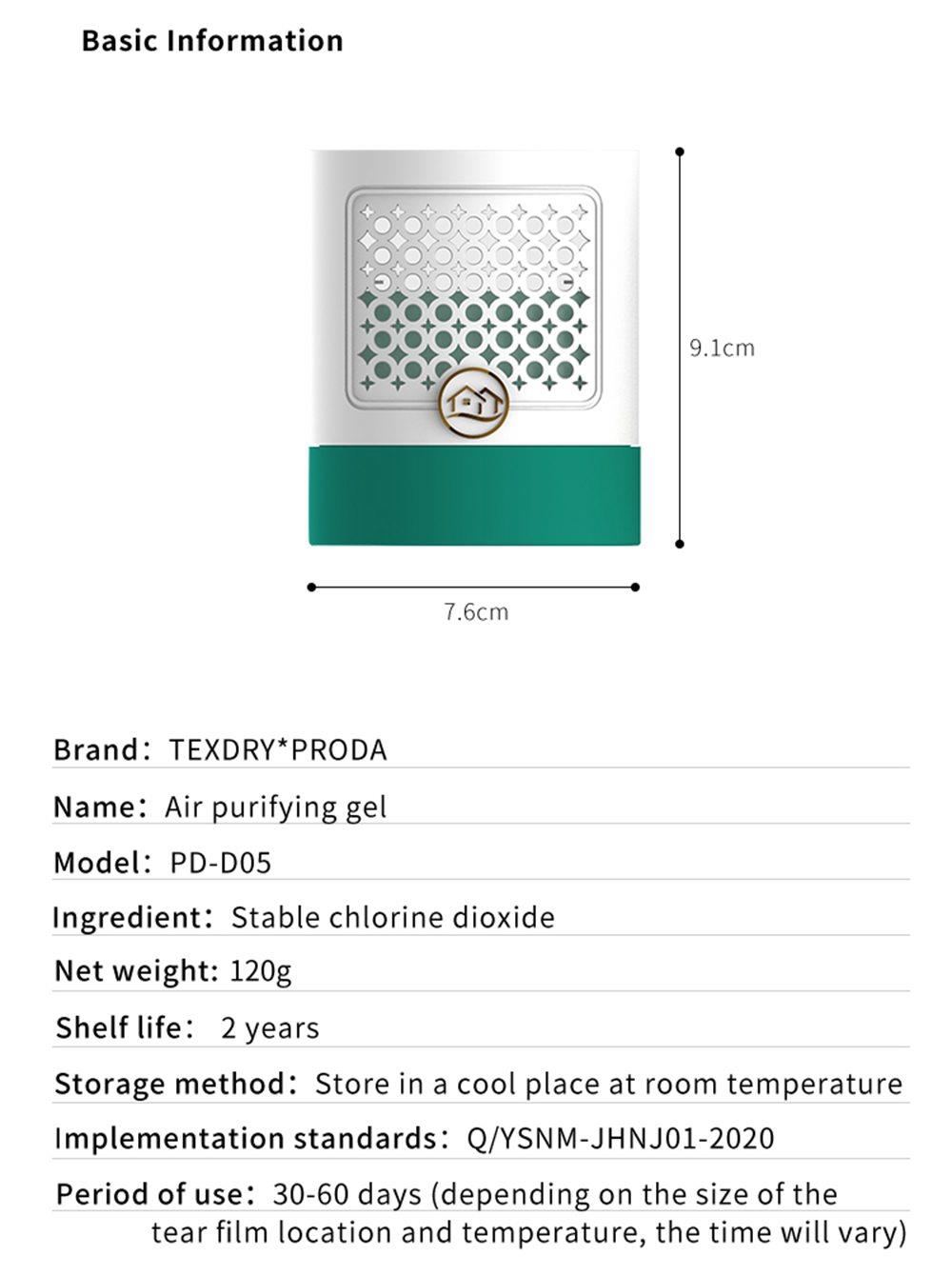 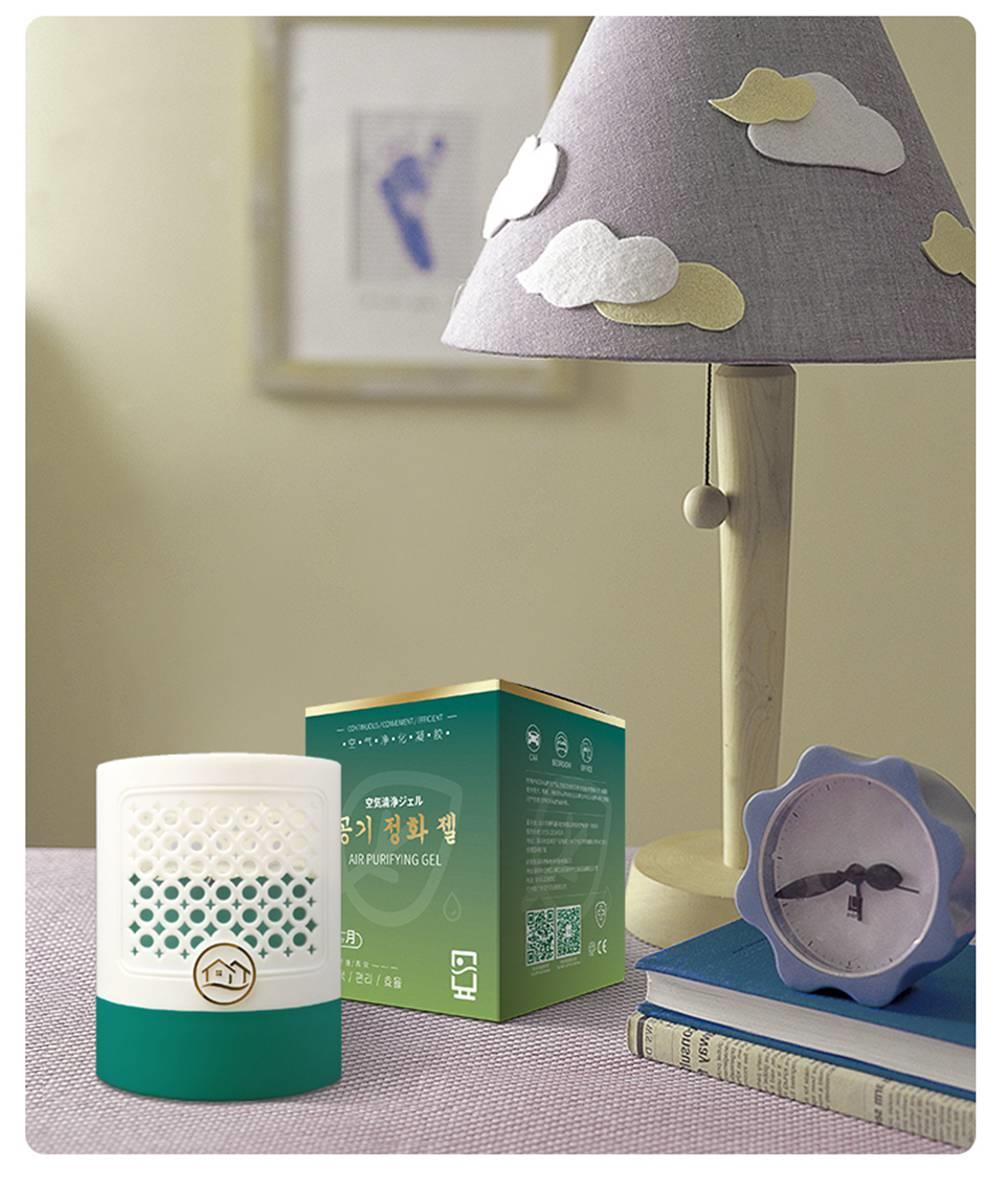 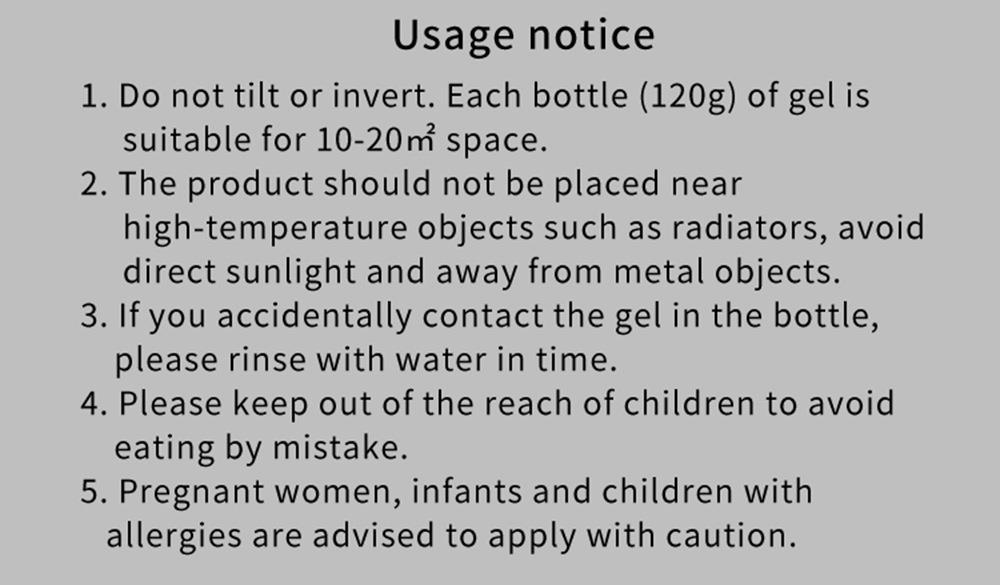