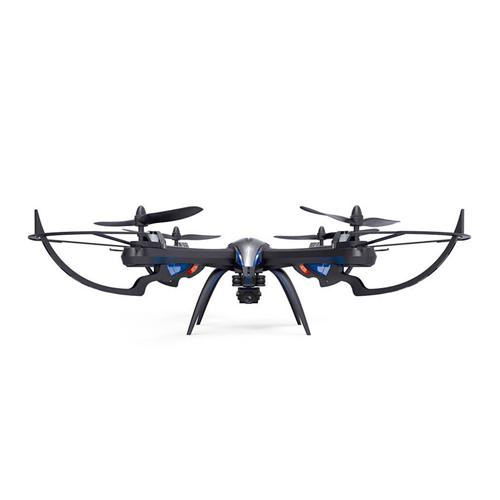 In altitude hold mode, the quadcopter maintains a consistent altitude while allowing roll, pitch, and yaw to be controlled normally.

With WiFi 0.3MP camera, the quadcopter can transmit the images to your phone.

With headless mode, there is no need to adjust the position of aircraft before flying.

6-Axis gyro endows the quad-rotorcraft with strong stability, so that it is able to implement various flight movements, easier to control.

2.4G technology adopted for anti-interference, even more than one quadcopter can fly at the same time without interfering with each other.

YiZhan I8H is equipped with a battery protection module to protect and prevent overcharging the battery. I8H is outfitted with multi-color LED lights, making the flight more spectacular especially in the dark. 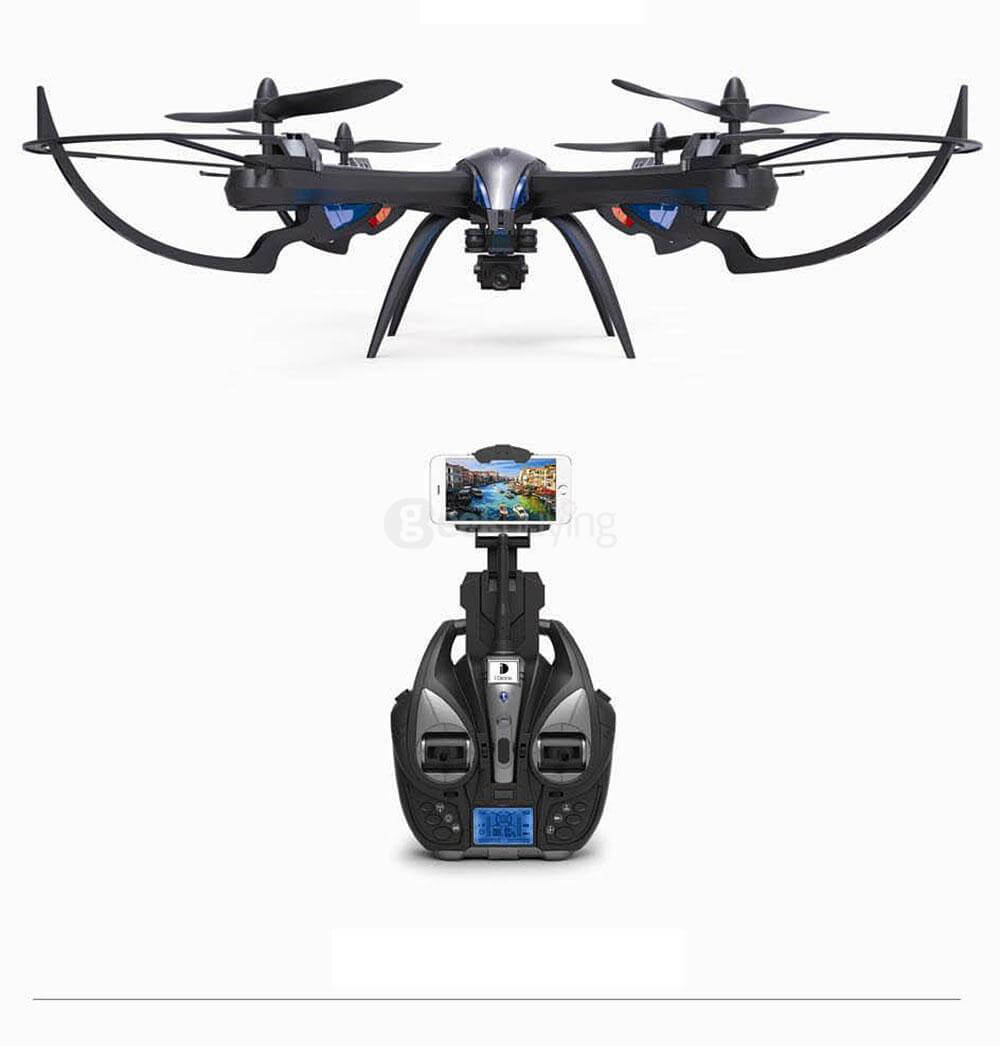 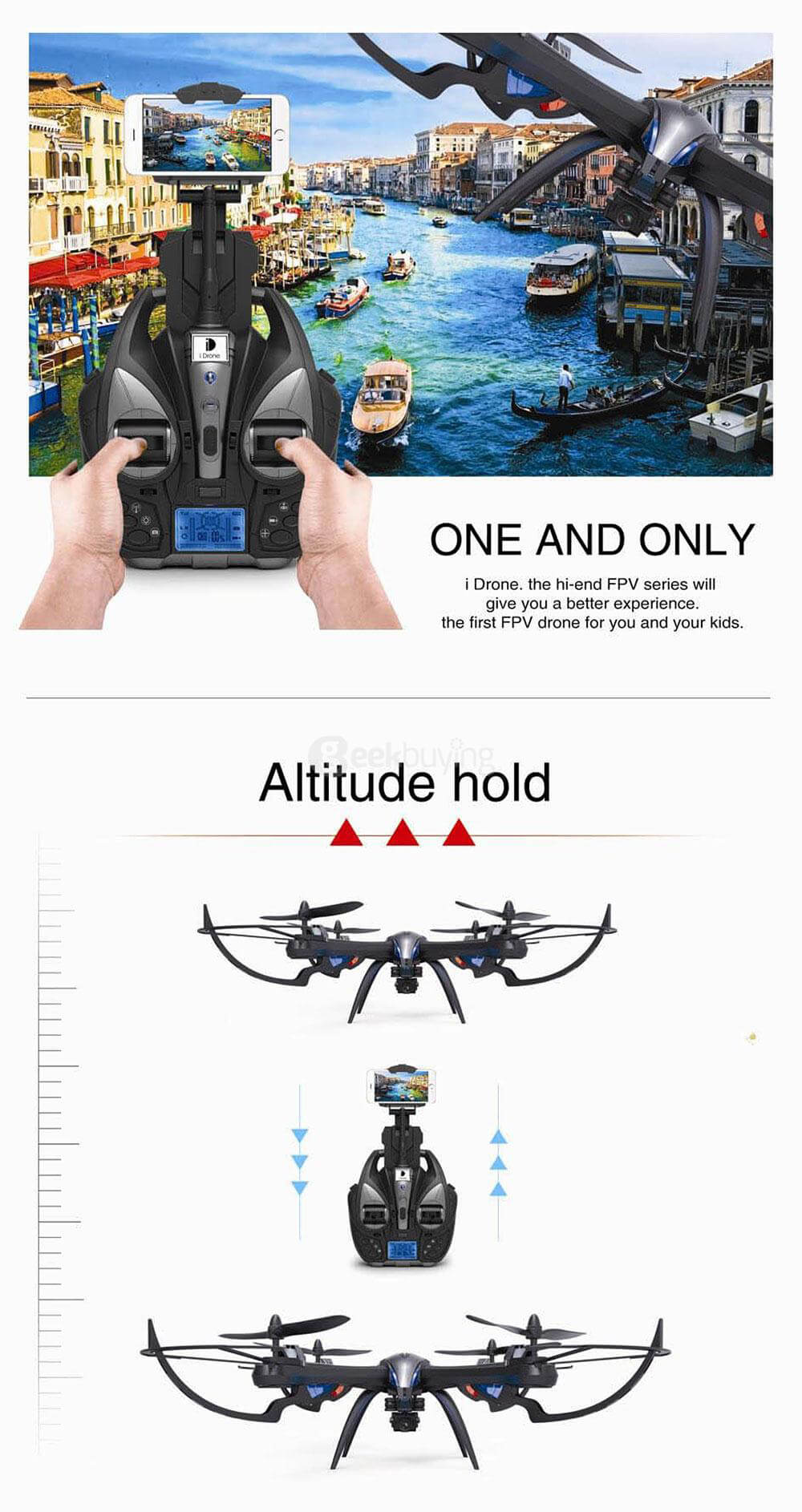 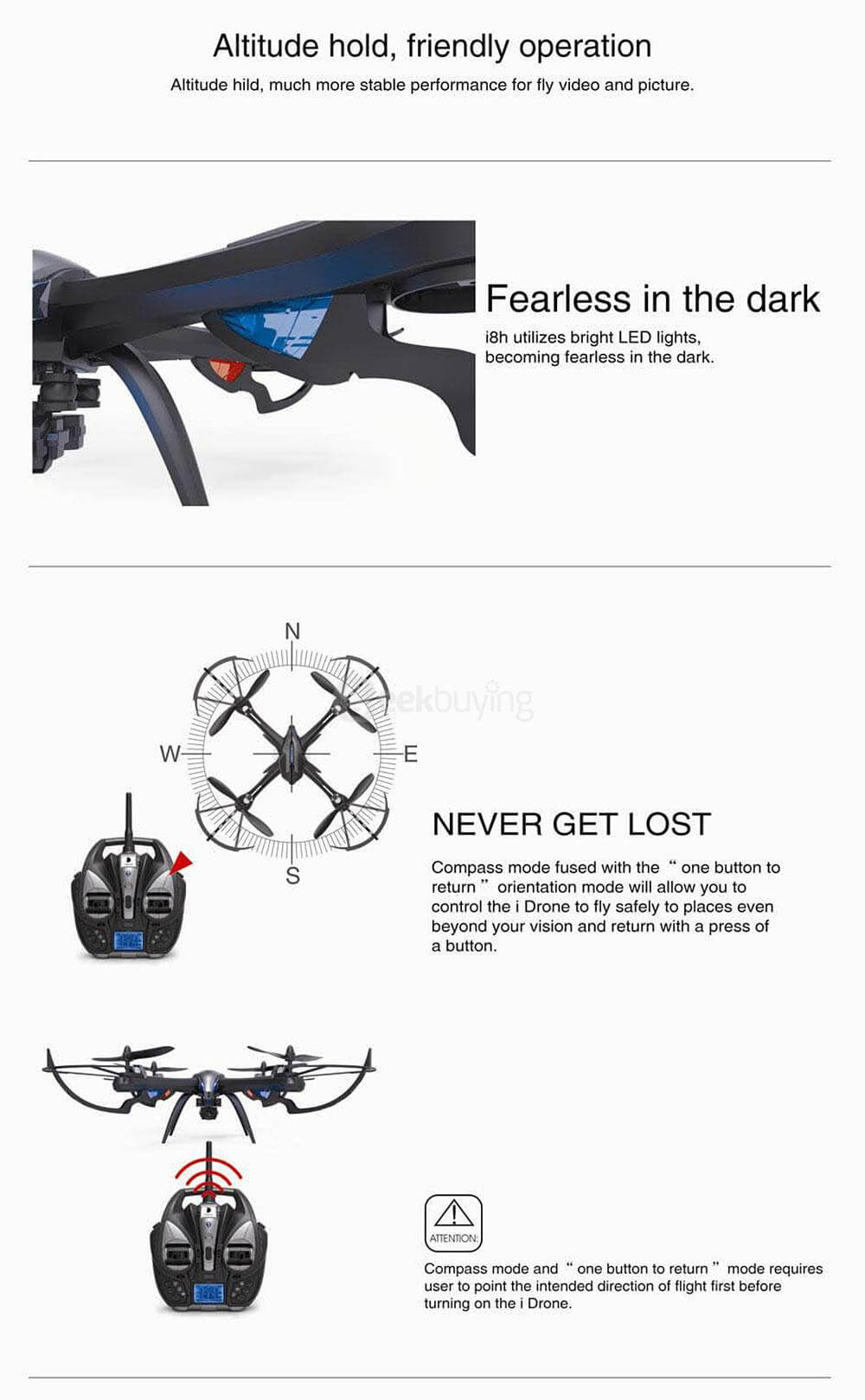 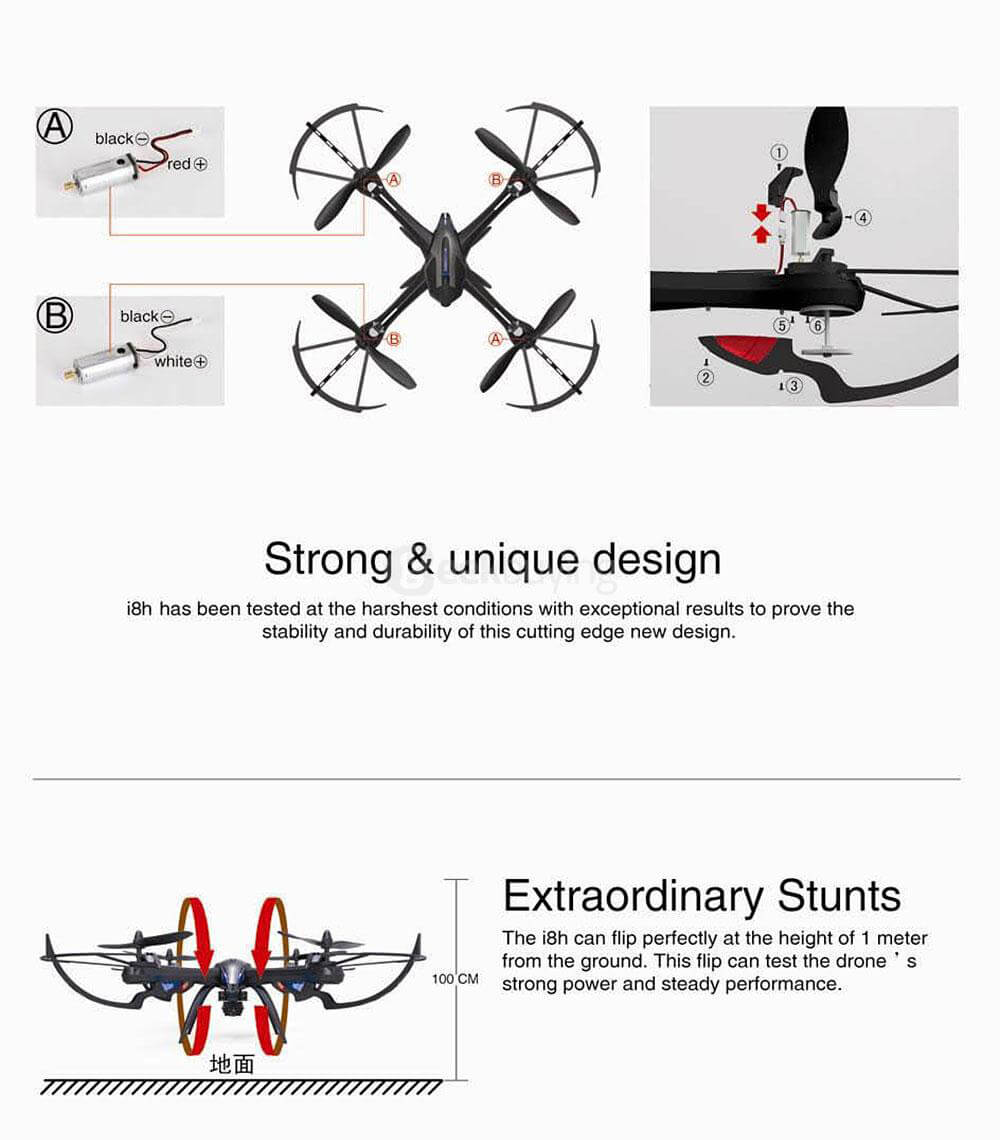 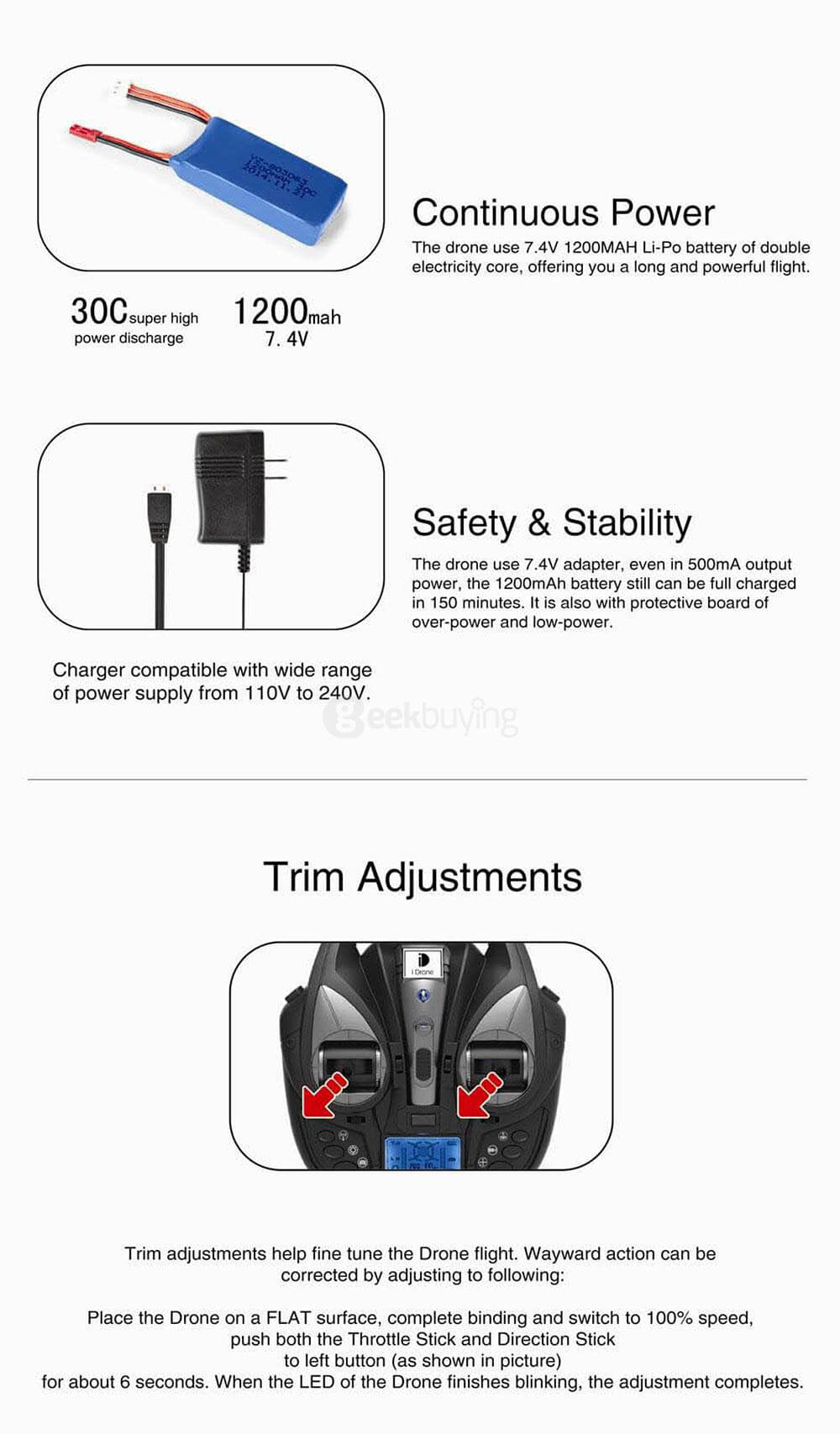 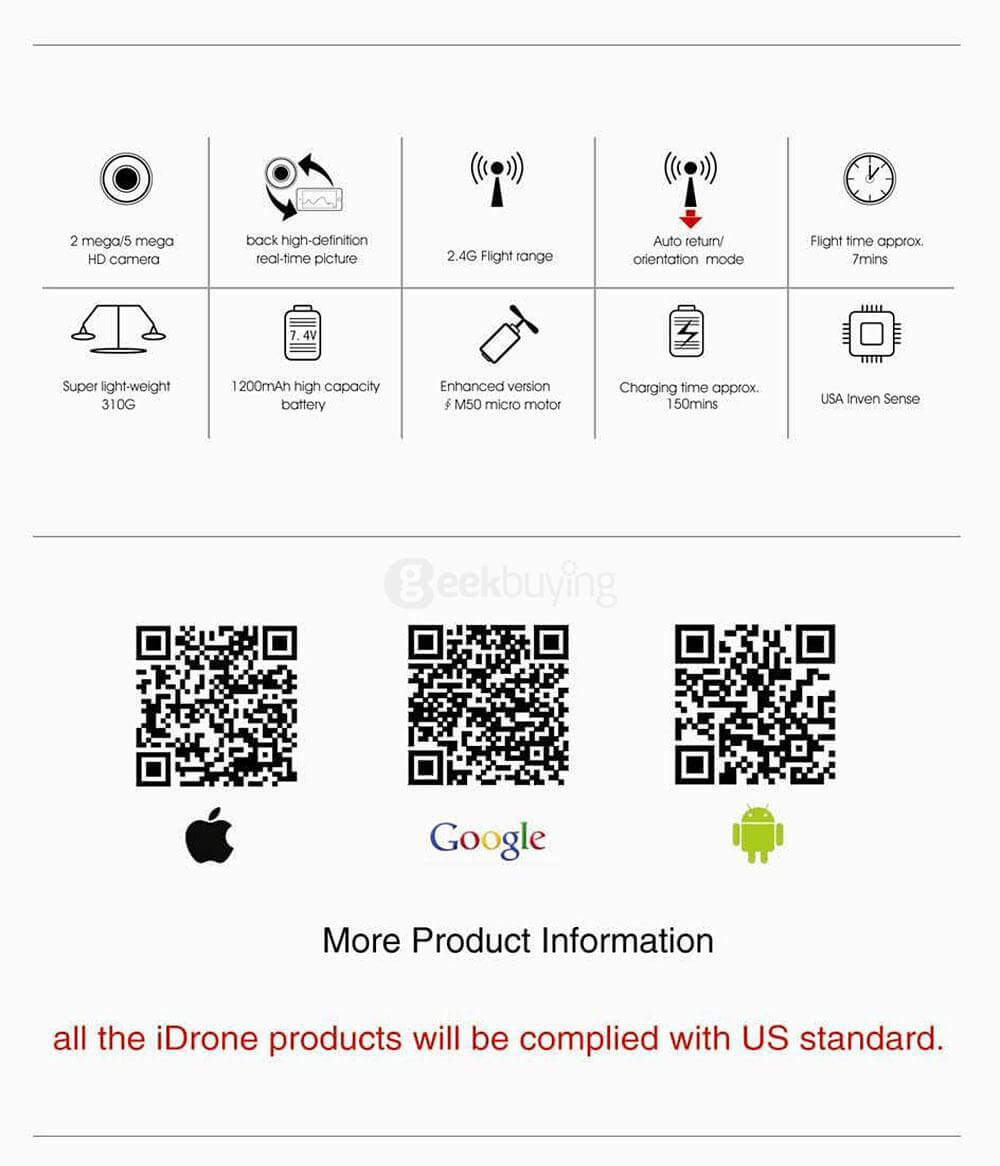 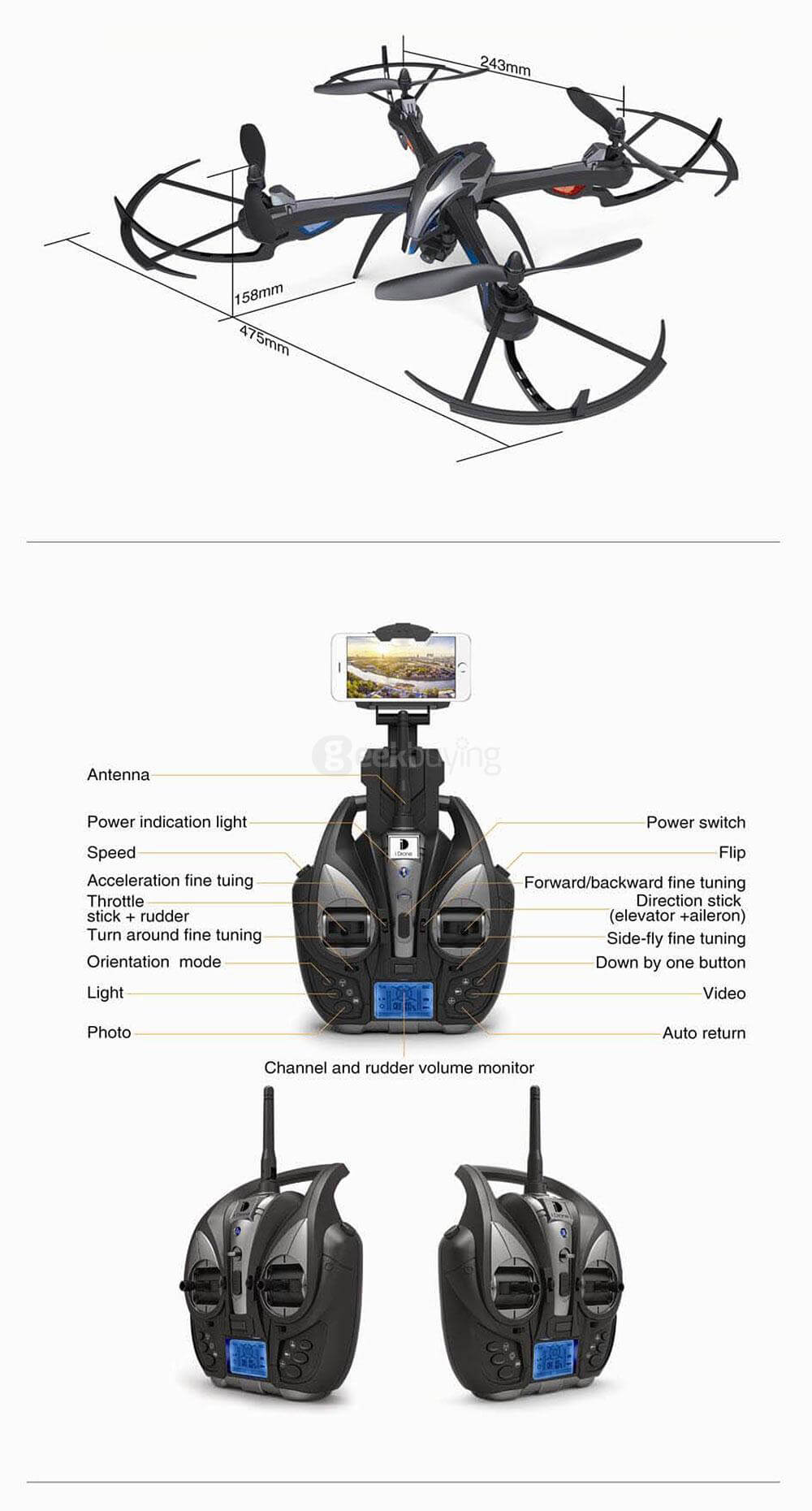 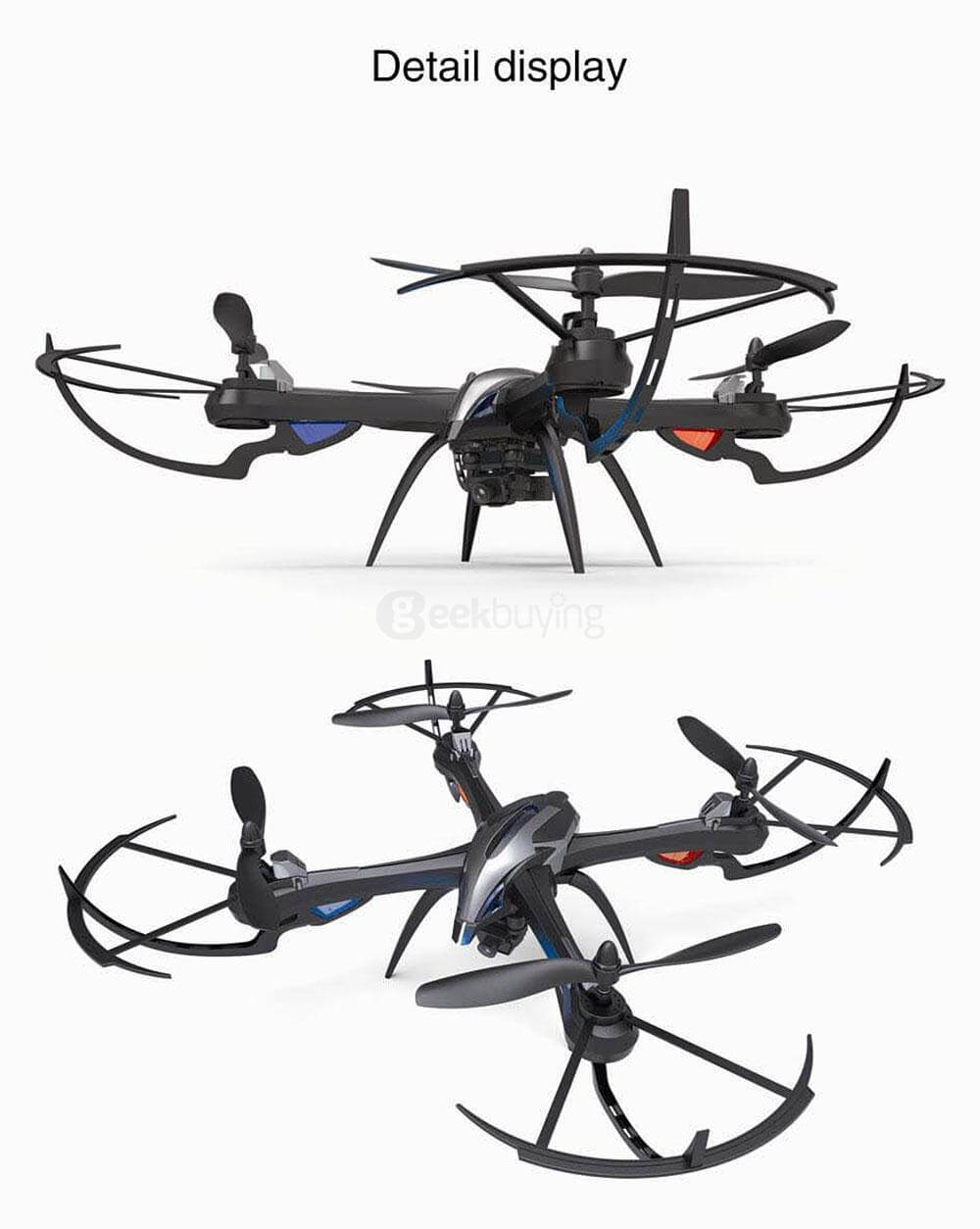 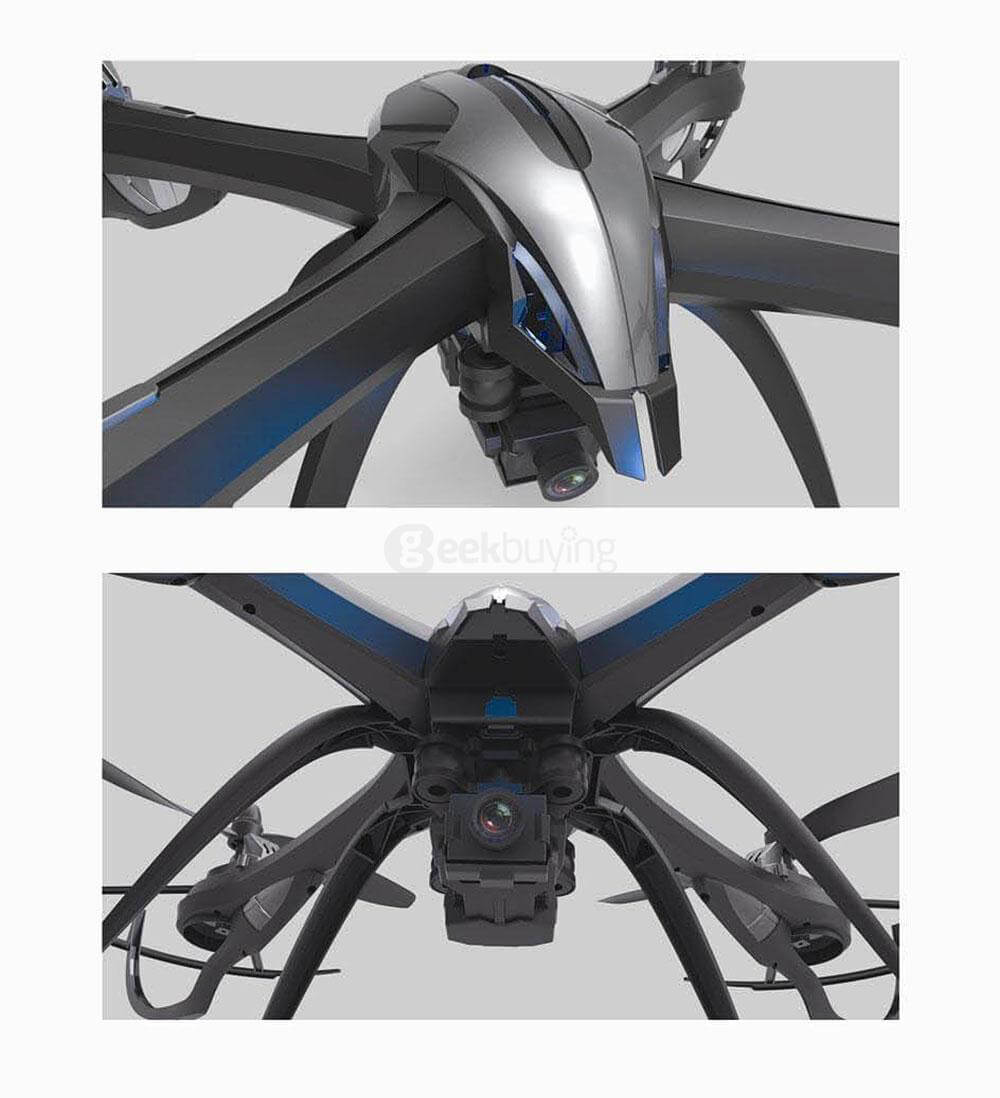 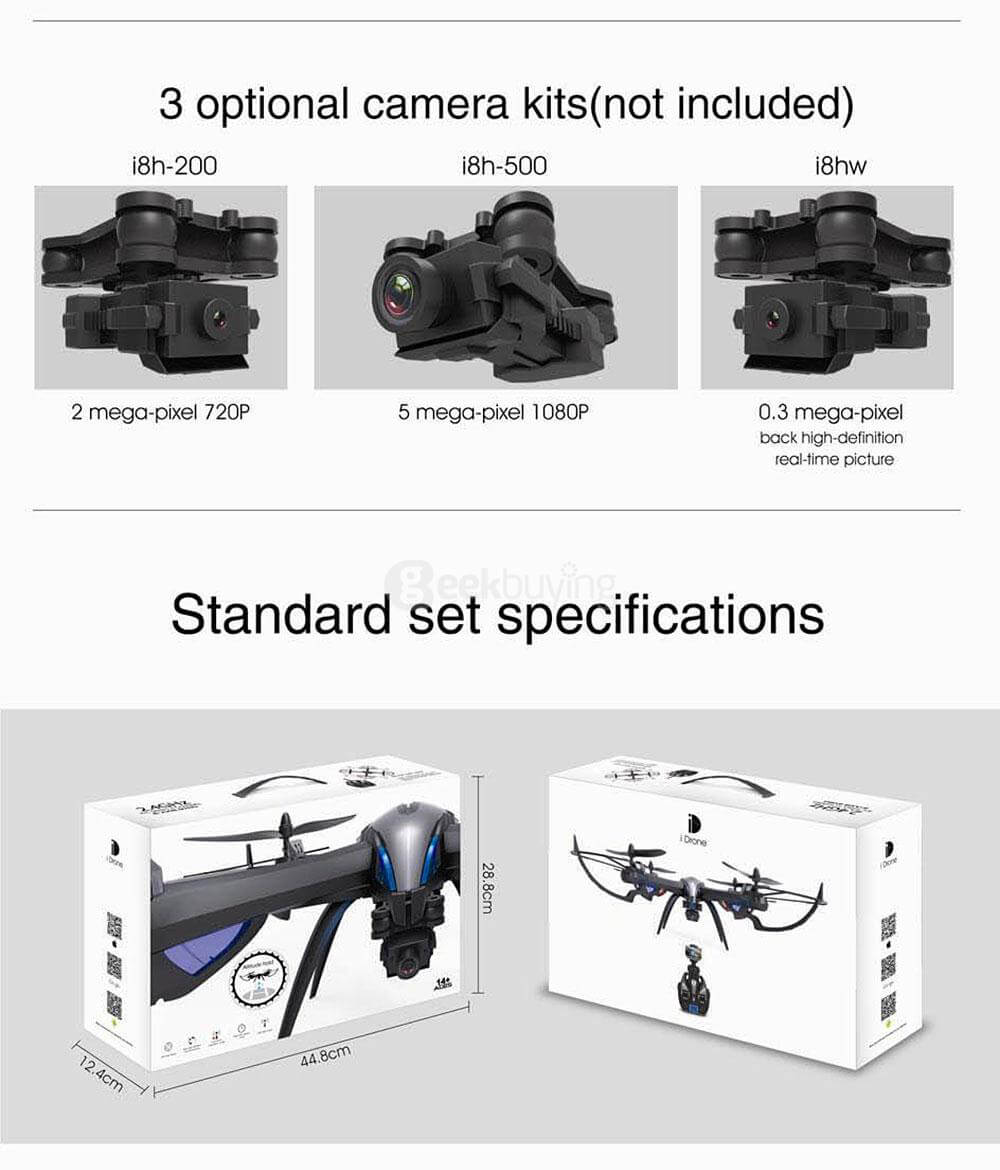 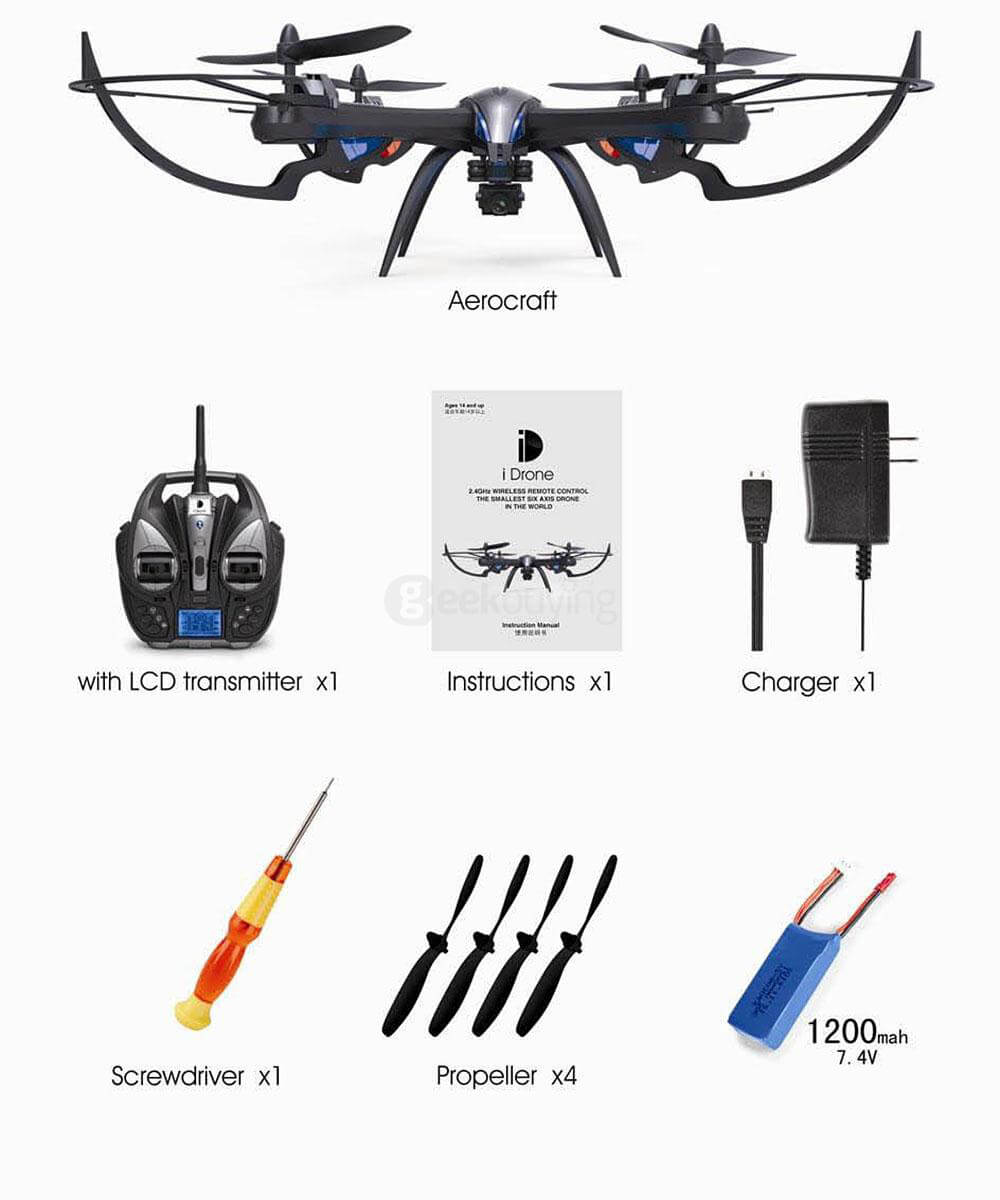