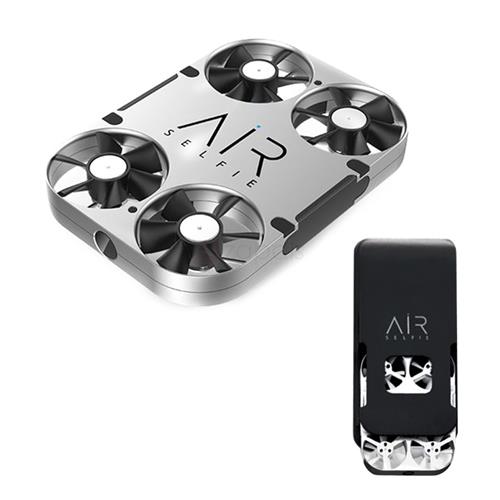 Anodized Aluminium Case
Robust and sleek, ultra-lightweight, easy to carry wherever you go. Fruit of innovative and beautiful Italian design.

Self-generated WIFI
Switch AirSelfie on and it automatically generates its own 2.4 GHz wifi network.

Brushless Motors
AirSelfie is equipped with 4 micro brushless motors. The smallest and most powerful, they thrust your flying camera up to 20m in the air in a matter of seconds.