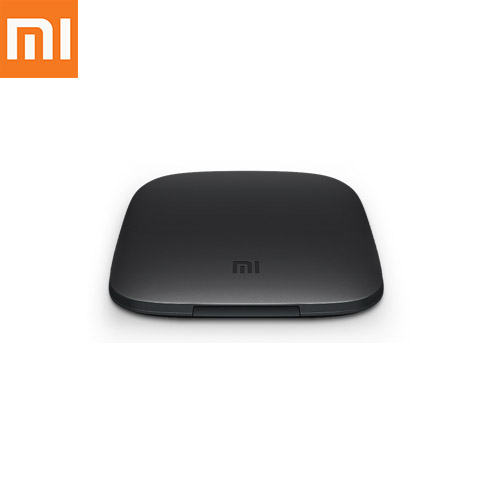 As a trimmed down version of 3S, the reddot design & good design-winning Mi Box 3C features the Amlogic S905 SoC with quad-core ARM Cortex A53 CPUs running at 2.0 GHz each, 1GB of DDR3 RAM combined with 4GB of eMMC 5.0 in-built memory. It is a very affordable gadget and can turn your ordinary television into a smart TV.

Powered by Amlogic S905, a high performing CPU running at 2,000.00 MHz Max., has 4 core(s) which results in extremely efficient multi-tasking in comparison with dual core processors.

The newly launched Mi Boxes are powered by Xiaomi`s exclusive AI-based PatchWall interface. These are some of the very first smart TV gizmos to come with AI support.

An artificial intelligence-based system,  PatchWall carries out indepth learning about our TV entertainment habbits to get insights from the audience , besides the contents they prefer. AS time passes by , it will intelligently recommend the TV sources according to your preference. In other words,  the audience do not have to look for a needle in a haystack, everything is in place ! 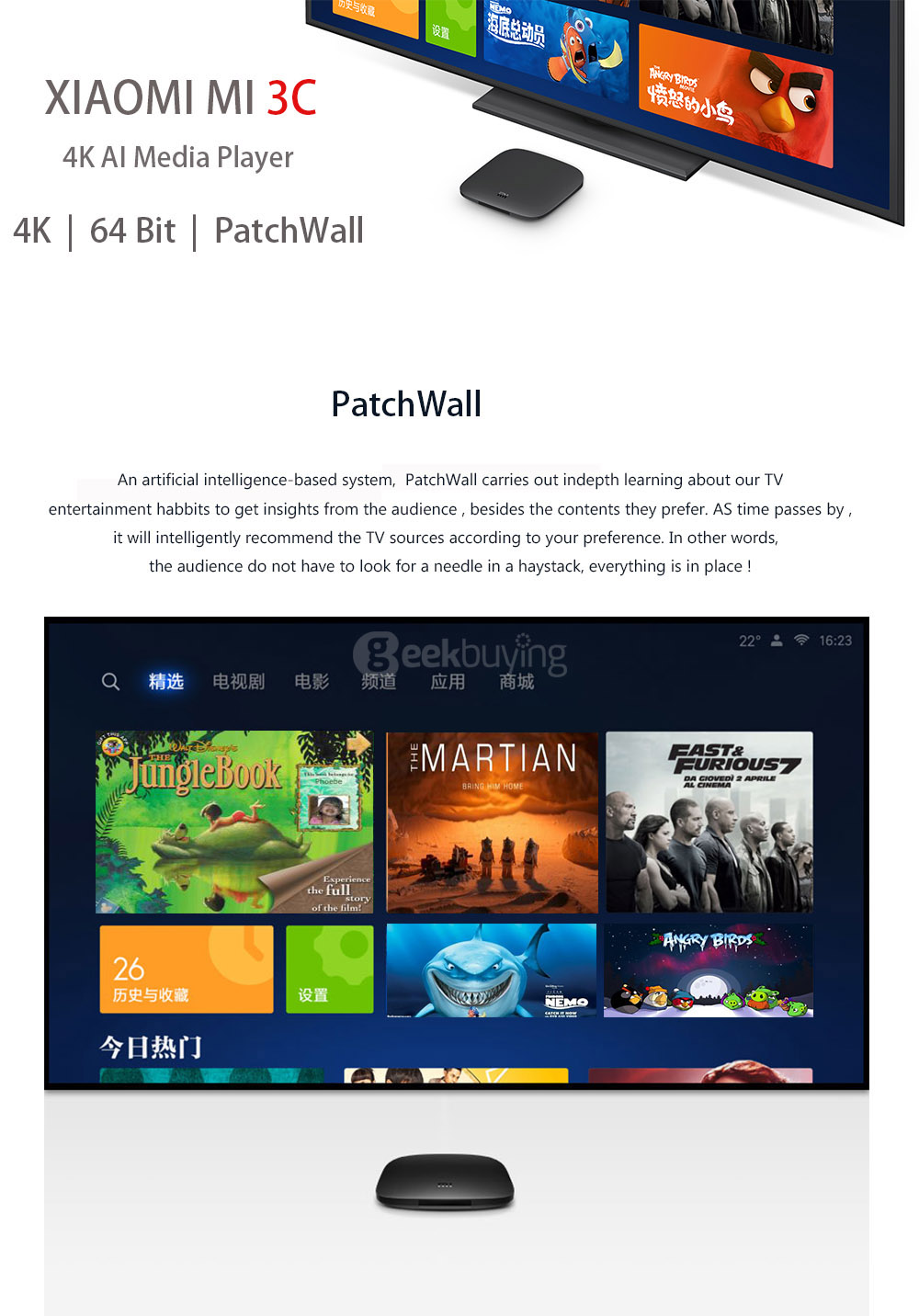 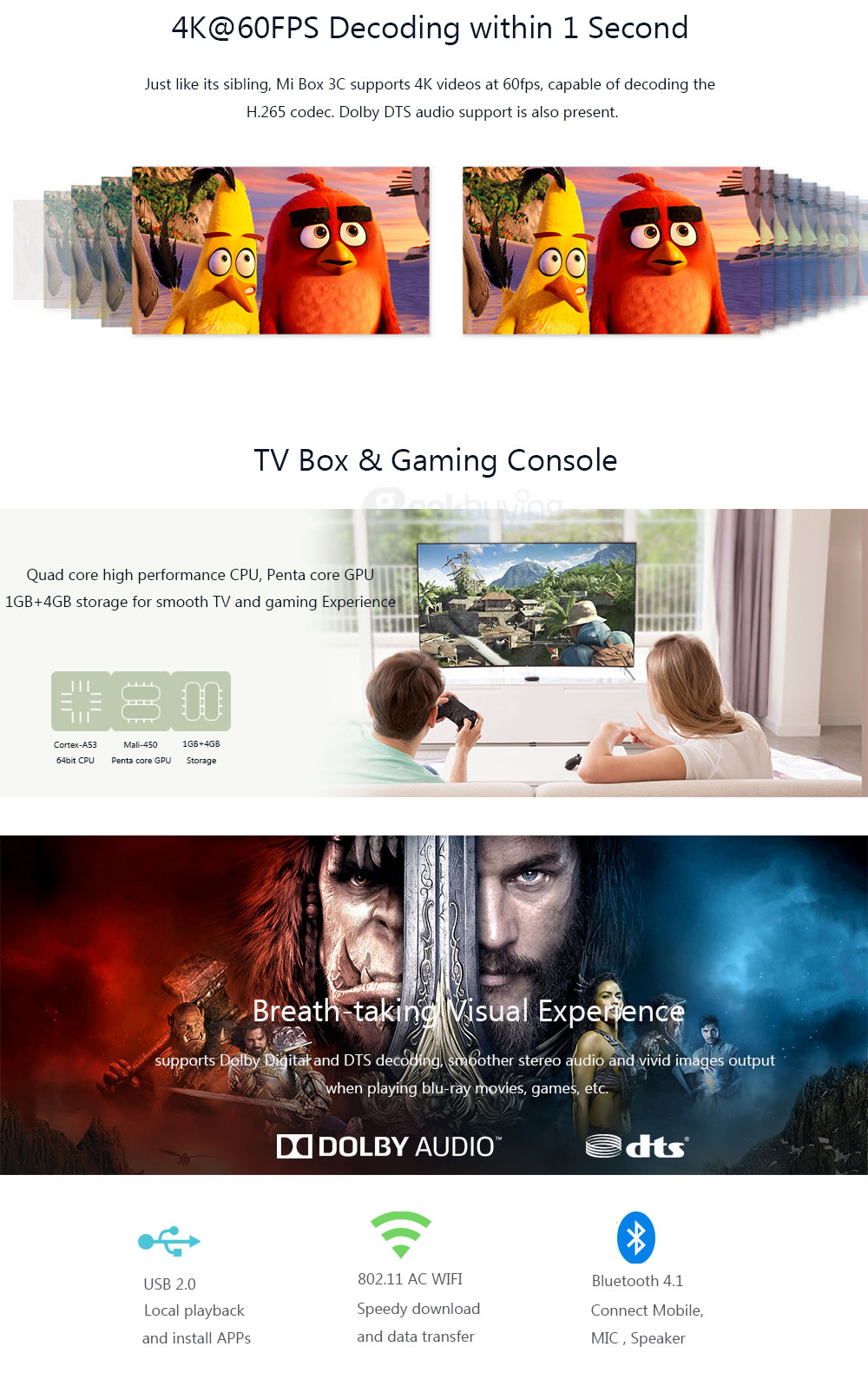 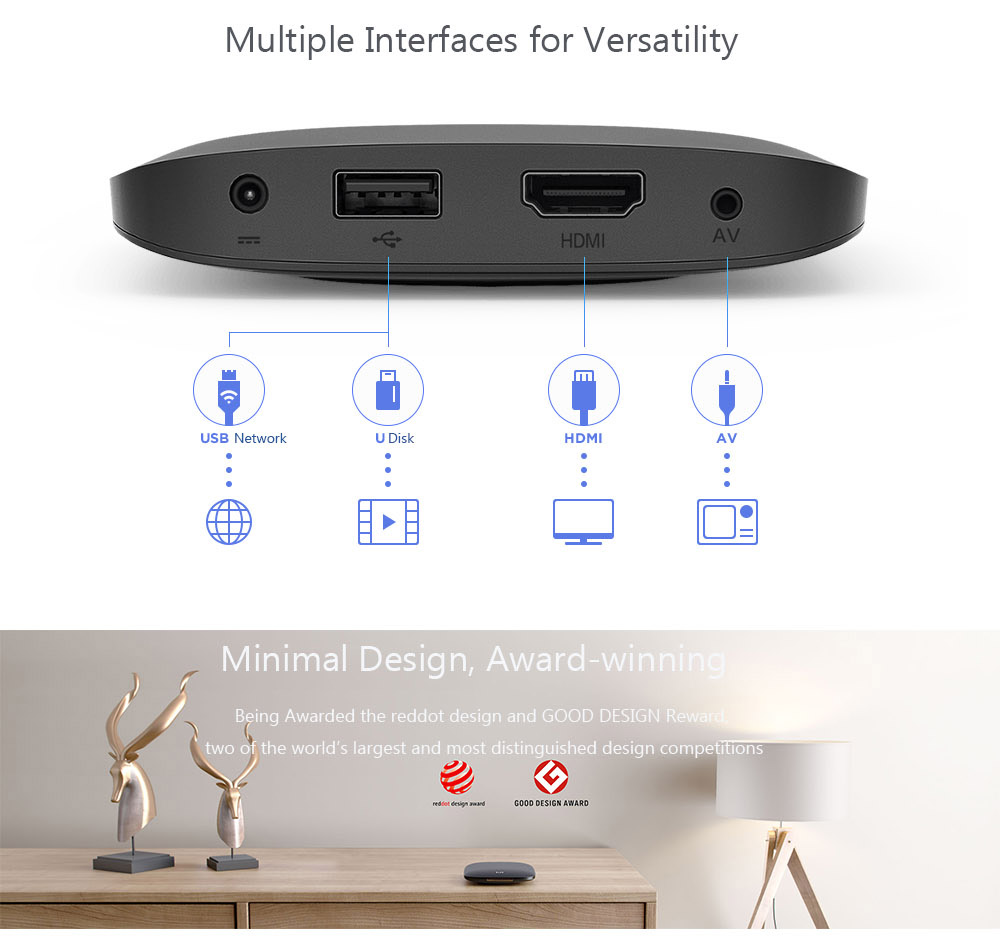